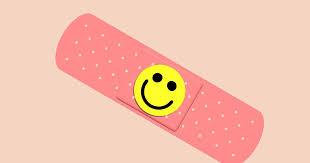 When my father was 50, he was run over by a drunk driver. He was very badly damaged, literally upgerisen—sliced apart—and he was brought to the Hospital for Joint Diseases in Manhattan for seven months to put him back together.

When his friends came to visit, they would see him with one leg in a Hoffmann device and the other suspended from the ceiling, like in the cartoons. What did they do? They would regale him with jokes. “You know what’s Zionism?” they would ask. “It’s when two rich Jews get together to send a third one to Israel.” Or this: “The only thing two Jews can agree on is how much their friend should give to charity. Afterward they would ask, “Reb Chaim, does it hurt?” He would say, “Only when I laugh.” For some reason he thought this was funny and he pumped and squeezed his beautiful eyelids in laughter until he would cry.

When a man is bashed up bad, a modern hospital provides a plethora of doctors—and specialists. There were the orthopedic surgeons, the plastic surgeons, the neurologists, the urologists, the infectious disease people. They moved in caravans, these medical nomads, and traipsed through his room at all hours of the day and night. I frequently slept at his side, so I saw this firsthand.

The doctors were very fine fellows, Jews of the assimilated sort. They lived uptown and in Westchester, but they hailed from the Bronx, like him—they had gone to De Witt Clinton High School or Bronx Science or some other such place. But I noticed something. When they came to examine him, they would tell jokes, too, and these jokes were of a Jewish sort. They usually had to do with a rabbi, a wonderworker caught in a compromising position, or they were about the foibles of Jewish men and the various deals that human beings make with their gods. One of his doctors, a man of generous nature and a great mind, a plastic surgeon named Lester Silver, would kibitz his way through the examination, often he made reference to arcane Talmudic minutiae, strange Halakhic rulings and the like, throwing in an occasional Yiddish word.

One of the doctors told this joke: A rabbi needs to break away from his shul. Finally, he takes a plane to Paris and checks into the Ritz and lives it up. The next day, after a stroll in Paris, he sits down for lunch in a fancy restaurant and orders suckling pig with a big juicy apple in its pisk. The rabbi’s mouth waters as the waiter brings it to the table. Suddenly, the shul president and his cohorts appear. “Rabbi, Rabbi what are you doing here? Have you betrayed us?” they ask, pointing to the pig. The rabbi shrugs and says, “Will you look at how these silly Frenchies potchke up a baked apple?”

These Jewish doctors, buttoned up, credentialed to the hilt, couldn’t stop themselves from kibitzing. The chief of orthopedic surgery—the late Herman Robbins—began a 13-hour surgery with my father, bone saw in hand, by saying to all staff present, “Nu, rabbi, lomir makhen hamotzi?” (Shall we make the blessing over bread?) My father remembered hearing this verbatim, even though he was under deep anesthesia.

Besides the doctors’ kibitzing, I noticed something else: The nurses were not Jewish. They were mainly Catholic, Filipino. They were dedicated, grave, and serious. They confessed to my father, even though he was a minister from another religion. But unlike the Jewish doctors, the non-Jewish nurses did not tell him jokes.

Freud said that in the joke lies the triumph of narcissism, their “me-ness,” the victorious assertion of the little person’s invincibility. The Jewish joke then is a spiritual product of Eastern Europe. It is probable that the tensions between general emancipation on the one hand and anti-Semitism, on the other, produced a conflict. On the one hand, there is a deep inner attachment to the culture of Talmud and rabbinical tradition. On the other hand, the modern Jew may publicly disavow the Talmud as intellectually unacceptable.

Once they came to America, the “chosen” people, used to being oppressed and cordoned into ghettos, found themselves unexpectedly welcomed into society—but at a cost, however unstated: They would give up observance of tradition that had once united the Jewish people. For that price, the floodgates opened and members of this oppressed tribe vaulted into every profession and industry. And it was here in America, in the last 100 years or so, that the funny Jew, the Jewish comic, became legendary, from Milton Berle to Billy Crystal, Buddy Hackett to Rodney Dangerfield, Henny Youngman to Mel Brooks.

Ironically, the target of Jewish jokes is the Jew himself. Look at me! A fancy-schmancy Park Avenue doctor but still tied to the pseudologic of the Talmud. We may ride with the kings and queens, but we still have chicken schmaltz and chulent and we have those big heavy books to carry.

My father told me the following joke, which he swore was true: A boy from the Bronx found himself fighting for Patton in the Battle of the Bulge. In the frozen foxhole he wrote a letter to his mother back home. “The bombs and the bullets are flying, the shells exploding next to us from the air. An 88 mm shell landed on the foxhole next to mine, three men were blown to hell, and the man next to me lost an arm.”

The mother replied: “Hershel, I am sending you a salami, but I am warning you: Whatever is going between Patton and the Germans, however bad it gets, stay out of it. Don’t get involved. It has nothing what to do with you!”

Here the joke is aimed at Jewish ears and even the Jew himself: a naive, well-meaning good boy and the ubiquitous, somewhat domineering Jewish mother. The pair, a Jewish boy and his mom are forever outsiders. Ironically, here they “insist” on outsider status and insular passivity even as the mother seeks to rule the world from the kitchen.

At some point during my father’s convalescence at the Hospital for Joint Diseases, there appeared an old eccentric Jew from the Lower East Side who had a bet gevant, a linen store on Allen Street. He wore a big pinky ring and had a round face, a high-pitched voice, and gold teeth. He walked up to the hospital on 17th Street from the Lower East Side to make rounds and visit the sick on the Sabbath. My father loved him. He bought my father a book in Yiddish: a joke book from Hershel Ostropoler, who was a household name, a famous badchan—a jokester—back in the day in Poland.

My father asked me to read the Yiddish to him. This was on Shabbes after we had said our prayers privately in the hospital room. It was then we would have our Sabbath feast: a small grape juice bottle to make kiddush and a pastrami sandwich that I had snuck into the hospital from the old Shmulka Bernstein’s downtown. I also smuggled an ice cold Heineken, my father’s favorite beer.

Nem arois de shpas bikhel. Take out the joke book, my father told me. It was about 11 a.m. on a Saturday. The winter sun poured in through the big windows. At those moments, the hospital was not a bad place to be. It was warm and sunny, like a day room. We were high up. You could see the whole city. Lein, lein, my father said, read, read.

Here’s an Ostropoler joke: A man comes to town and because he is a guest, they give him the Sabbath honor of being called to the Torah—the sixth of seven honors accorded every Sabbath at the Torah reading. Instead of feeling honored, he erupts at the sexton. “Why wasn’t I called first? In my hometown, they give the sixth honor to the dogs!” In a flash, the sexton replies, “We do the same here, too!”

Many jokes we shared had to do with the immigrant experience. Although I was born in this country, I have always felt like an immigrant. I was a yeshiva bokher and a rabbi’s son who felt hopelessly incompetent. I had nothing inside me except a bunch of useless stories and a semimastery of an irrelevant culture and a strange intimacy with my father that excluded contact with those whom I desired most: gentiles and women. The ainzaemlkeit—the loneliness of a young man! The jokes spoke to me, because I was part of that joke—maybe an even bigger joke. I was a lonely young man who didn’t have the comfort of “success” that my father’s doctors had.

It has taken me the better part of three decades to digest these jokes, to let them metabolize in me into a personal synthesis. It would be a while before I realized that to be able to feel loneliness and estrangement could be a great gift; in fact, it was my greatest possession. The purpose of a joke, Freud said, is to put a person (and others) in contact with the hidden parts of his personality, to put him in touch with the unknown self.

Perhaps a broken man physically or mentally can only be mended with a joke. It was true for my father, and became true for me.

My father was literally mended with the well-placed jokes and his extraordinary receptivity to the people telling them. He laughed along with the doctors even as he was in terrible pain. It was as though they were pouring Jewish soul into his wounds and in turn his canyon-size wounds in his thigh were like portals that received their tender Jewishness.

A certain doctor told this one to my father: A rabbi borrows $50,000 from a rich congregant before his Sabbath sermon and then immediately returns it. “For what did you need the money, Rabbi?” “Nothing,” he replied. “I just talk a much better game with money in my pocket.”

Listening to this kibitzing go on between them, day after day, softened me to my own youthful “hopeless” condition. It could be said now that I despised myself back then. How was I going to make a success of myself as a schleppy rabbi’s son? When I heard these men, crowned with “American success” as they were, resort to something so deep inside them that they had to share—there was no stopping them—I sensed even then that I had stumbled on a piece of gold.

The inner lives of my father and these men—and my own—intersected in their Jewish jokes and banter. In this muddle of material, we shored each other up, put each other together in the face of terrible challenges. These memories, jokes and all, became fertile territory in my mind for projection, transference, projective identification, countertransference—all of the psychoanalytic concepts that would become the tools in which I earned my daily bread to heal others.