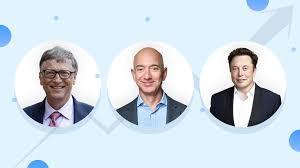 Everyone needs all the help they can get to try and fight the coronavirus or COVID-19. Luckily, big tech companies have had a good heart to lend a hand to those who are in need. Especially now that cases and death tolls have gone in up various places all over the world.

According to Governor Gavin Newsom during a press conference on Monday, reported by Business Insider, SpaceX and Tesla CEO Elon Musk had just delivered 1,000 ventilators to aid California hospitals in treating COVID-19 patients. In the report, Newsom had stated that "I told you a few days ago that [Musk] was likely to have 1,000 ventilators this week, They've arrived in Los Angeles... It was a heroic effort."

Newsom also had spoken about meeting with a 'well-known entrepreneur' last week about these ventilators. Musk also took it to Twitter to give hints on his plans for ventilator production using his Tesla factories.

Musk tweeted, saying that they are working on producing ventilators even though he thought that there will be no signs of shortage by the time he and his team can make enough to matter. Musk is already known to keep downplaying the acerbity of the COVID-19 pandemic. He has been the alarming panic surrounding it "dumb" and irresponsibly and falsely stating that children are "essentially immune" to the coronavirus even though there has been a lot of evidence that says otherwise.

Center for Health Security at Johns Hopkins has a February report that says the United States has an estimated 160,000 ventilators ready to use in various hospitals, in addition to this, 8,900 are now held in the national reserve. Though medical experts have warned the public that if the virus continues to spread widely across the country, about one million Americans will be in need of these life-saving contraptions.

In response to the possibility of a shortage, Ford and General Motors have said that they will be helping and providing ventilators as the US economy tries to reconstruct themselves to meet the surging demand for a lot of medical supplies.

Amazon and Bill Gates to lend a hand to Seattle

Two other tech giants, Amazon and Bill Gates, have opted to partner up and help the residents in Seattle. They will be helping out the city of Seattle by giving out at-home COVID-19 testing kits which are provided by the Seattle Coronavirus Assessment Network or SCAN. SCAN currently has the funding from Microsoft co-founder, Bill Gates, and his Gates Ventures investment arms, assisted by the Bill and Melinda Gates Foundation philanthropic group.

Seattle and its neighboring area are among those who have been hit hard in the metropolitan area in the United States. Having more than 2,000 confirmed cases for COVID-19 and over 100 deaths.