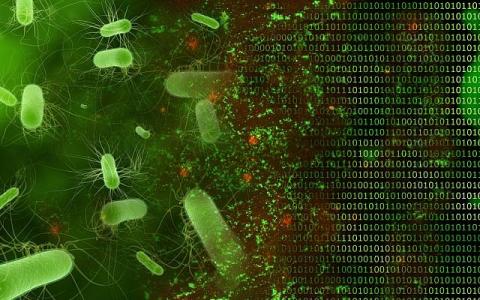 Israeli startup Yarok Microbio says it has developed a way to identify life-threatening bacteria in as little as under an hour, before the food products they could be lurking in get sold. The technology can thus protect not only consumers but also small firms that can’t afford the financial cost of recalls, lawsuits or the cancellation of their contracts with retail chains, the firm says.

According to the Centers for Disease Control and Prevention (CDC), 48 million people get sick each year in the US, 128,000 are hospitalized and another 3,000 die because of food-borne diseases — illnesses originating from food spoilage or contamination.

Escherichia coli (E. coli), salmonella and listeria are among the most common bacteria that can contaminate food during the various stages of production and the  supply chain that brings them from field to table. E. coli can cause respiratory illness and pneumonia. Listeriosis is a disease that can be particularly dangerous for pregnant women and their newborns.

In the company’s Jerusalem’s R&D lab, CEO Jonathan Sierra told The Times of Israel that current testing methods — such as HPC (heterotrophic plate count), which measures bacterial colony formation — take a long time and therefore products are often brought to market before test results are obtained.

Another testing method, the polymerase chain reaction (PCR) is precise and quicker than HPC but expensive, Sierra said, and though it can identify bacterial DNA, it cannot determine whether the microbe is dead and thus harmless, or live and dangerous for consumption. “These methods are good if you are investigating a case, but that is a forensic approach, and you first need a victim,” Sierra said.

Yarok, in contrast, takes a preventive approach by using the traditional microbiological method and “empowering it with new tools,” he said. The system utilizes off-the-shelf equipment including microscopes and computers, making the method cost-competitive, Sierra said. Biochemical reagents developed by the startup are applied to samples, intensifying the cellular metabolism of the specific bacteria, which are then highlighted by fluorescent markers. The AI-driven software analyzes the digital images of the samples and is able to detect the presence of the targeted live dangerous bacteria, Sierra said.

Yarok’s system produces results in a timeframe of under an hour to several hours, Sierra said. In 45 minutes, the system can determine if an examined product is contaminated, allowing producers or suppliers to cancel their deliveries. A final assessment declaring the total absence of bacteria takes six hours for salmonella (instead of five days), 4.5 hours for E. coli, and eight hours for listeria.

Yarok focuses mainly on leafy vegetables because they are generally eaten raw and therefore are particularly dangerous, Sierra said. The company obtained validation of the fast testing method for E.coli and listeria in leafy greens in 2017. Sierra noted that testing can occur along the entire production and supply chain, including testing the produce in the field. This preventive strategy would help save labor, energy, packing, and delivery costs, he added.

The company said it was targeting the food microbiology testing materials market estimated to be worth $6.49 billion by 2025. Food production companies, commercial laboratories, and large retail chains would be potential clients.

According to the database of Start-Up Nation Central, which tracks the Israeli tech industry, the startup Inspecto has also developed a way to detect contamination in products prior to their delivery as well as in the field — a nanoscale portable device. According to Sierra, the difference is that Inspecto tests for pesticides whereas Yarok’s technology detects the presence of dangerous bacteria. He’s not aware, he said, of any other company using a technology similar to Yarok’s for food testing.

Sierra said the technology could also be used to identify bacteria in cannabis leaves, and noted that such testing could have help avert the closure of several cannabis greenhouses in the United States due to bacteriologic contamination.

Yarok Microbio was founded in 2017 by Sierra, microbiologist and Yarok Microbio’s CSO Vladimir Glukhman, and Rachel Neiman. Besides its headquarters in Jerusalem, Yarok Microbio has a lab in the Italian city of Bergamo, where it conducts demonstrations for potential clients and collects data thanks to a strategic partnership with Italian firm Instabact srl.

The company has filed a patent for its technology and has raised around $260,000 from grants and the revenues of demonstrations and licensing of prototypes, Sierra said. It is now looking for investors for scale-up of the product, which is now on its trial stage.