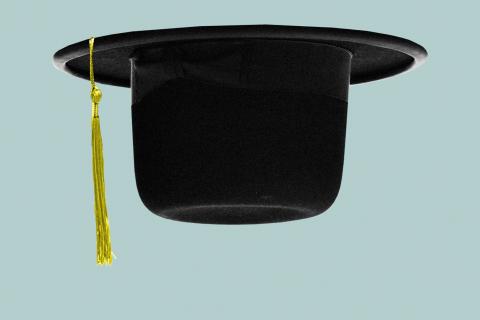 Eight years ago, Yehuda Sabiner, then a 20-year-old married father and Ger Hasid, entered the Technion, the Israel Institute of Technology, with the dream of becoming a doctor. This spring he completed his studies at the Technion Faculty of Medicine, and is set to become the first Ger Hasid in Israel to become a doctor.

Currently a physician’s assistant at Ichilov Hospital in Tel Aviv, this fall Sabiner begins a medical residency at Sheba Medical Center in Tel Ha-Shomer, recently named by Newsweek as one of the world’s best hospitals.

In 2010, when Sabiner started at Technion’s mechina—the first university preparatory program in Israel for ultra-Orthodox, or Haredi, students—he knew no math other than simple arithmetic. Soon he began studying physics, and eventually aced the highest-level math and science courses. Two years later Technion admitted him to medical school.

Sabiner has now paved the way for other Haredim to follow in his footsteps. As head of a volunteer group called Haredim in Medicine, which he founded four years ago, he provides advice to ultra-Orthodox men and women considering medical careers. He also runs a private Facebook group with 129 members—a relatively large number considering that few Haredim use Facebook and many still lack internet access.

The path to higher education, however, is steep for the ultra-Orthodox. “What most of the Haredim are missing is a basic education that will provide them with opportunities to choose any occupational direction that they may desire,” said Dan Ben-David, a public policy researcher at Tel Aviv University and founder of the Shoresh Institution for Socioeconomic Research. “If you do not study any science or English, and at best, only rudimentary math—and even this stops at eighth grade—then what kind of a chance do you have later in life to become an engineer, physicist, doctor, or any one of the other occupations so important for a modern society to thrive?”

The first step is a highly selective Haredi preparatory program, such as the mechina at the Technion, with rigorous admission requirements including a psychometric exam. Students learn math, English, and sciences from scratch, typically over a one-year to 18-month period. After successful completion and good grades, students can then apply for undergraduate university admission.

Thanks in part to such university programs, as well as academic tutoring, mentoring, and other support services, Haredi university students in Israel are beginning to achieve considerable academic success. Today Haredi men and women are enrolled in both undergraduate and graduate degree programs at secular universities, veering toward majors that offer strong professional opportunities such as law and social work. Haredim have also overcome their limited academic backgrounds in science and math to earn undergraduate degrees in civil engineering, computer science, and geo-information systems, and a few are now M.A. and Ph.D. candidates. These days, women represent half of the Haredi undergraduate population at Tel Aviv University and Hebrew University, while half of the Haredi medical students at the Technion are women.

Statistically, the number of Haredim studying at secular universities is small compared with the overall Haredi population, but outreach to this sector is relatively new and admission policies are highly selective, resulting in high retention rates. At Tel Aviv University there are approximately 100 ultra-Orthodox students (50% undergraduate and 50% graduate, including both men and women). Enrollment figures at the Technion are approximately the same but most are undergraduates.

Meanwhile, dozens of Haredi university graduates are now employed at Israeli firms, working side by side with Israelis from different backgrounds. As more graduate and reap the economic benefits of higher education, they set an example for both their peers and younger generations. Case in point: One Haredi Technion graduate who is working at a Tel Aviv engineering firm told me how grateful he is to be able to support his family, how proud his children are of him, and that his friends are also following suit. Given the correlation between higher education and better professional opportunities, the university provides Haredi students a stepping stone to a better economic future, while also bridging the divide between the Haredi community and the secular world.

Ten Haredi men and women are students at Technion’s Faculty of Medicine, while others are studying medicine at Hebrew University and Tel Aviv University. Haredi students at these three institutions are also enrolled in M.A. and Ph.D. degree programs in such disciplines as the sciences, humanities, law, social work, public policy, engineering, computer science, and education. Additionally, one female Haredi student who finished her Ph.D at Hebrew University is now doing postdoctoral studies at Princeton in political psychology.

“You must be serious or you won’t last,” said a Haredi engineering student at the Technion who studies 16 hours a day, while also working in high tech. (When I interviewed him via WhatsApp, it was after midnight Israel time when he had just returned home from school.) In perfect English, this married father of two told me that he had studied only Torah and knew no English other than the ABCs upon leaving the yeshiva five years ago for the Technion campus.

Balancing demanding academic studies with a Haredi lifestyle is no trivial feat. Since most students are married, often with large families, economic pressures are huge—despite generous scholarships from the government, the university, and organizations such as Yedidut Toronto and the Kemach Foundation. Some also rely on working spouses, such as Sabiner, whose wife, Rachel, is an architectural design engineer and whose unwavering support he compares to that of Rabbi Akiva’s wife, Rachel.

Some are afraid to tell even close family members that they are studying at a secular university—especially women whose families don’t value higher education and feel women should be at home with their families. A third-year medical student at the Technion described conflicting demands she faces as a medical student with a demanding academic schedule and as a married mother of five children, ages 5 months to 14 years, two of whom were born during her studies. “You need to give up on being a perfectionist in both areas,” she emphasized.

Haredi students often feel isolated and struggle with reconciling their Haredi identity with the academic environment. This is even true at Hebrew University, which has a relatively large Haredi student population (approximately 150 undergraduates and more than 200 graduate students) because of its location in Jerusalem—home to a large ultra-Orthodox population (36.5% of the Jewish population in Jerusalem aged 20 and above, according to Israel’s Central Bureau of Statistics).

“This is related to a feeling of loneliness, where they feel that their family and community might not understand their experience, and their peers at the university are alien to their Haredi way of life,” said Michal Barak, executive director of the Center for the Study of Multiculturalism and Diversity at Hebrew University. “Israeli students are embarrassed and often unsure how to approach their Haredi peers.”

To address Haredi student needs at Hebrew University, there are special forums, cultural events, and a Haredi student association with approximately 120 students. The organization holds family holiday parties, lectures, and social get-togethers for students and spouses.

Its student leader is Libi Levinson, a Haredi graduate student in social work and a participant in Shluchei Tzibur, Hebrew University’s leadership training program for Haredi students. A married mother of two young boys, she works at a shelter for Haredi women with mental disabilities. Her personal goal is to bridge the gap between Haredi and secular Israeli society. “The university is a significant part of my life. It is very important for me to be in both worlds,” said Levinson, the first of her siblings to attend university. “We want to be part of the Israeli society and give back what we know to all of Israeli society.”

Today Haredi participation in higher education is considered a national imperative because of its potential impact on Israel’s economy and society, especially given demographic trends. The Shoresh Institution for Socioeconomic Research reports a strong correlation between economic growth and the quality of schooling.

“It’s important for Technion that Haredi graduates become integrated in the Israeli high-tech industry, both as a way to know better Israeli society and, obviously, to improve their socio-economic condition,” said Muly Dotan, coordinator of Technion’s undergraduate program for Haredim. “It will be very sad if they cannot become integrated and contribute to society.”

“It is very important that we understand each other because we are one society. It is an opportunity to be with students who are not like them,” said Galia Givoly, director of Movilim (Trailblazers), a program that mainstreams Haredi students at Tel Aviv University to help them achieve academic and professional success. (One recent law school graduate is now interning with a Tel Aviv law firm and a third-year student is interning with the Israeli Supreme Court.)

Indeed, the integration of Haredim in higher education is critical to breaking down societal barriers. “The main benefit is that the solid wall that exists between these societies has now doors and windows,” explained Joshua Greenfeld, head of the Haredim Program in Bnei Brak, Faculty of Civil Engineering at the Technion. “The Haredi society is afraid that contact with the secular Israeli society will compromise their ultra-Orthodox way of life and cause them to become more Israeli and less Haredi. On the other hand, secular Israelis are reluctant to deal with Haredi people because of all the negative connotations and perceptions they have about them.”

The pace of Haredi integration in Israeli society is still slow. But higher education provides Haredim a critical pathway to professional success while contributing to the wider Israeli society in such fields as civil engineering, computer science, geo-information systems, and now medicine. “We need to be patient and let the process take its course gradually,” emphasized Greenfeld. “I am very optimistic that it can happen here in Israel, too.”