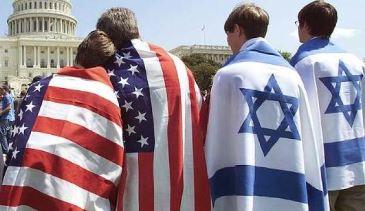 World Jewry interests Israel only to the extent that it serves this country as a pool of resources: financial, political and human.

Israel pretends to represent the Jewish people. Its leaders wave the Jewish banner at every opportunity. But the sad truth is that Israel has never been truly worried about the situation of the world's Jews, about their well-being and their rights. World Jewry interests Israel only to the extent that it serves this country and its interests. Israel sees the Jewish people as a pool of resources for its use: financial and political support and human resources, in the form of immigrants.

The Zionist movement's selfish attitude toward Diaspora Jews is, of course, hidden beneath the sanctimonious position that there is no future for the Jews outside of Israel. But beyond the factual and historical difficulties with such a position, it is nothing but an excuse to ignore the hardship and troubles of Jews who do not live in Israel.

The most prominent example of this Israeli selfishness was the country's attitude toward Soviet Jews under the Communist boot. At the time, fear for their well-being amounted to the struggle to get them permission to immigrate to Israel. No one seemed to think it was also worth fighting for their rights and their well-being in the country where they actually lived. From Israel's perspective, anyone who stayed in the Soviet Union could just rot there.

Those who did leave and came to Israel were welcomed with open arms, but those who got out and didn't want to come to Israel – they were referred to as dropouts – encountered a wall of hostility. The state fought bitterly against those who thought even Jewish refugees from the Soviet Union should have the freedom of choice. It didn't consider that there was an obligation to help even those who chose to move to a different part of the Diaspora rather than come to Israel.

That's not the only instance in which Israel's conduct, both domestically and internationally, indicates its contemptuousness of the needs, interests and perspectives of world Jewry. For instance, only a small minority (less than 20 percent) of world Jewry is Orthodox, and among Jews abroad, most of the support for Israel comes from the large non-Orthodox communities. But Israel does not bother to reverse its policy of completely ignoring the rights and status of non-Orthodox Jews.

Israel gives clear preference to the Orthodox when it comes to determining Jewish identity, as in the "Who is a Jew?" debate. Only Orthodox Jews can fill certain official government positions and serve as rabbinical court judges, or local or regional rabbi. The state is even hostile toward Jews who don't conform to a particularly traditionalist brand of Orthodoxy and wish to act in accordance with their beliefs. One such example is Women of the Wall, who think that even women have religious rights, including the right to wear a tallit in front of the Western Wall, that historic site which has become a de facto ultra-Orthodox synagogue.

The Prisoner X case is another painful and scathing example of Israel's selfish attitude toward world Jewry. In this case, according to media reports, the State of Israel's willingness to endanger Jews around the world for its own needs has yet again been revealed. As Jonathan Pollard was used for his U.S. citizenship, Ben Zygier appears to have been used for his Australian citizenship. It should have been clear to his handlers that such an exercise, if discovered, was liable to put the Jewish communities abroad in a bad situation. But did any of the handlers, or the leaders responsible for them, even think about this problem?

Jews around the world, most of whom are not Orthodox, will largely continue to love Israel, to fear for its future, to work on its behalf, and even to sacrifice themselves or put themselves at risk for us. They are fulfilling the obligation, ingrained in Jewish culture, to look out for one's fellow Jew. They will do so because that's what Jews do. They will do so despite the fact that, as it has in the past, Israel will continue to treat them selfishly and cynically.