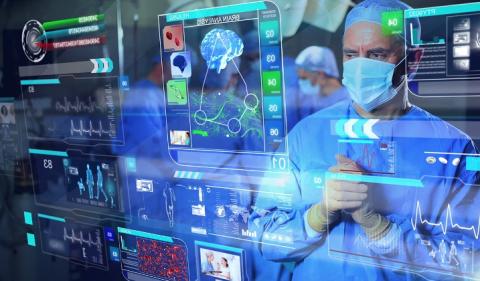 Israel is host to some 1,600 life sciences companies that employ more than 83,000 people, and the industry attracted a record $1.5 billion in 2018, up 25 percent year on year, according to a report released by Israel Advanced Technology Industries (IATI), the umbrella organization of the high-tech and life sciences industry in Israel, on Tuesday.

IATI’s 2019 Israeli Life Sciences Report was released at the opening of the 2019 MIXiii Biomed conference and exhibition taking place on May 14-16 in Tel Aviv. Of the total $1.5 billion that was invested in life sciences companies in 2018, as much as $619 million (41%) came from local investors. This is “significantly higher” than the five-year average of $435 million in 2013-2017, the report said.

Over the last five years, Israeli life sciences companies raised more than $2.7 billion on the Nasdaq exchange in the US. More than half of this amount was raised between 2014 and 2015, in which there was a window of opportunity for life sciences IPOs, a window that opened again in 2018 and is expected to continue in 2019, the report said.

Sixteen of the 38 Israeli life sciences companies traded on Nasdaq raised $568 million in initial and follow-on offerings in 2018, while on the other hand, investors on the Tel Aviv Stock Exchange (TASE) remained cautious, with only four companies raising $7 million.

2018 was “another remarkable year” for merger and acquisition deals for Israeli life science companies. Four of the 10 largest high-tech deals in Israel in 2018 were life sciences companies. Mazor Robotics Ltd., acquired in 2018, was the first to reach the $1.5 billion milestone, surpassing the previous largest exit, by NeuroDerm in 2017. Mazor was the third-largest tech deal in Israel in 2018.

Total pharmaceutical and medical equipment product exports represents approximately 7% of the total exports of goods and services from Israel and 36% of the total industrial high-tech exports, the report showed.