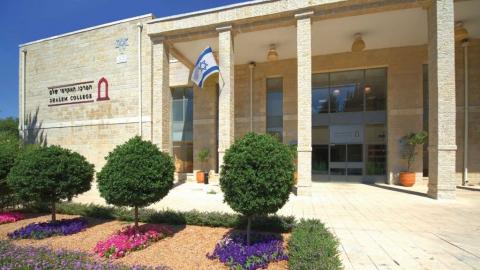 Earlier this month, the University of Austin announced itself to the world as a new experiment in higher education, meant to provide an alternative to the ideological conformity, political correctness, inflated tuition, and low graduation rates that plague American colleges and universities.

Among those involved in the project are the former Treasury secretary and Harvard president Larry Summers, the playwright David Mamet, and the Mosaic contributors Bari Weiss, Leon Kass, and Wilfred McClay.

Daniel Gordis, learning of this university-in-the-making, was put in mind of Shalem College—where he has taught and which he has administrated since its founding in 2013. Shalem, of course, is Israel’s sole liberal-arts college, and was likewise established in part as an alternative to an academic landscape where certain left-wing orthodoxies predominated. But he sees Israel’s higher-education woes as very different from America’s:

It was the fall of 2014, shortly after a horrific summer of war with Hamas. . . . I sat in on a class that all first-year students take, in which they read Homer’s epic war story, the Iliad. . . . Seated in a large square around the seminar table, the texts open in front of them, one of the students suddenly spoke, saying to no one in particular: “You know, the average Greek reader had to know that this was a totally stylized account of war,” and then he paused. “Because war is nothing like this.”

That summer, some of the students had had classes. Hardly any men showed up—many had been called up. And the women who did come to class arrived bleary-eyed, spent. They’d waited up all night to hear from a husband, a fiancé, a boyfriend, a brother.

Students in Israel do not report professors for saying things that make them uncomfortable or that “trigger” them (a word no one uses in Israel). That is not to say that no professor at any Israeli university and college ever crosses the line of what I might personally find in good taste, but it is to say that students who go to war don’t go looking for micro-aggressions. They have real aggressions to deal with. Nor do students in Israel protest the appearance of lecturers who have views of which they do not approve.

Why has the campus anti-intellectual anger and intolerance that [the University of Austin’s founding president] describes not come to Israel? I’m not entirely certain. When our students read about what’s happening in the U.S., they’re more dismissive than anything else. I can no longer count how many students have said, in almost identical words, once they read about the culture of American campuses, “They don’t have anything that they’ve committed their lives to that they think is worth fighting for, so they have to create something.”