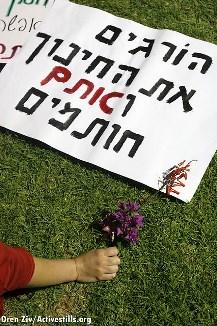 If they don't get the proper budgetary support, recent efforts by Israeli universities to open their doors to students from the periphery will be for naught.

The rumored budget cuts for higher education in Israel are still just that – rumors – but in the coming weeks someone will sit down at the Finance Ministry and begin slashing everything in sight. This is why the president of Tel Aviv University, Israel's largest, will hold a protest along with the university's student union. Their goal is to make it quite clear that cutting the higher education budget will do irreparable damage.
The main priority of academics is research and labs. These require expensive equipment and years of work. They are correct in telling us that cuts made today will be felt for generations of scholars to come. But it's not just those sitting on the cutting edge of higher education who are going to feel the pain. It's a much wider group.
In 1995, the Council for Higher Education took up the cause of increasing access to education to residents of Israel's geographic periphery. Four regional colleges were first established, followed by another 10 private and publicly-funded colleges.

Since 2000 the overall government budget for higher education has shrunk gradually and threatened to choke off higher education entirely. Under the pretense of expanding accessibility to higher education, politicians worked to promote a political agenda in the territories and to push out the "old elites," or in other words, to suppress critical intellectuals.

In the past two or three years the government increased its support for higher education and set aside additional funds to integrate young Israeli scientists returning from abroad. Even the Council for Higher Education shifted gears and set for itself a goal of increasing access to higher education for two under-represented population groups: the ultra-Orthodox and Arabs.

The goal was wonderful. Anyone with eyes in their head understands that a person with a broad perspective will be a better citizen than one who lives from day to day. They will be more responsive to social needs, critical of how the country and the economy is managed and will have better tools for educating their children.

However, this welcome activity cannot be carried out without an appropriate level of funding. In practice, what these educational institutions are being asked to do is to accept groups of people who come from different cultural backgrounds and within three years turn them, for all intents and purposes, into graduates as if they had been educated completely in the Israel's main public education system. If they continue their studies for a longer period than was budgeted for, the institutions that educate them would be penalized with a reduction in their budget allotment.

This magic act is hard to pull off, particularly in the country's periphery regions, where the draw for excellent teachers is low and high schools dedicated to arts or nature studies are rare. These are the very schools, though, to which quite a few government ministers and Knesset members send their children. Among the population groups that live in a separate, parallel world – most Israeli Arabs and almost all Haredim – this assignment has been judged a failure.

The new students that the education system is being asked to integrate need a qualifying year, during which they will become acclimated to academic studies. Some of them need assistance in basic subjects such as Hebrew, English, and basic math. Many of them have little familiarity with the various political institutions that operate in Israel. It is unclear how many of them have travelled more than 200-300 kilometers from their home, visited a museum, seen a theatrical performance or shared a cup of coffee with someone from another sector of Israel's population.

In order to really accomplish this task, rather than just memorizing mountains of information or learning formulas in order to spit them back for exams, patience and an appropriate budget are needed. Cutting the higher education budget won't just hurt the brilliant scientists that politicians have marked as a threat. It will hurt all of us.