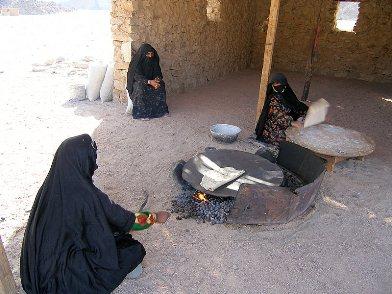 We mustn’t lose sight of the risk that disrespect for the law might spread to other segments of society.

The Knesset Committee on the Status of Women last week turned its attention to Israel’s Beduin. The emergent picture was no less than shocking. Most Israelis wouldn’t imagine such repression within our enlightened country. Pro forma, we have progressive laws that are enforced vigorously and equitably. However, beneath this enlightened surface lurks a reality so unseemly that it’s hardly inaccurate to speak of another country-with-the-country, where our system of justice is plainly absent.
That country-within-the-country is mostly located in the Negev, but not exclusively so. It thrives wherever Beduin populations congregate. In those areas our laws appear all but irrelevant. The statistics speak for themselves. More than 70 percent of all Beduin women in Israel are wed by coercion. Their preferences or aversions are never taken into account.

According to an exhaustive two-year survey conducted by the Itach (Women Lawyers for Social Justice) NGO, 85% of Beduin women report that they are subjected to severe physical and/or psychological violence. Of these, 90% were openly battered in public. The researchers believe that the true situation is considerably worse because the respondents were visibly frightened and reluctant to answer questions.

It gets worse. Abused women in Beduin communities are the least likely to enlist outside help. Of them, 67% admitted that they refrain from involving outsiders in their misfortune for fear of a backlash from their families, as well as of escalated brutality, ostracism and the loss of their children.

Additionally, these women don’t on the whole have monogamous marriages. The law notwithstanding, Beduin society practices unbridled polygamy. Official Israel’s only input appears in the form of generous child allotments paid to uncontrollably outsized family frameworks, whereby a man can boast 40 or more offspring. Such social settings do not augur well for women’s welfare.

But the abandonment of these women to a cruel fate right under our noses is only one facet of the conspiracy of silence that envelopes the Beduin enclaves. The result is large areas to which the state opts to turn a blind eye and where it doesn’t exercise its authority. For years Negev residents have been calling their region the Wild South. The appellation stuck, and has become common also in police and political parlance, and with good reason.

There’s no denying the state of anarchy especially in Beersheba and its vicinity. Beduin operate protection rackets in broad daylight; their victims fear for their lives. Theft and robbery are daily occurrences. Numerous homeowners pay protection fees to uninvited Beduin “guards.” The protection-providers’ threats are so potent that victims shrink from testifying. Those who stop paying face penalties. Homes are broken into and ransacked and in one case boiling tar was poured throughout the premises.

In Beersheba’s Emek Sarah industrial zone, stores are raided openly and without hesitation during business hours. Pickup trucks are driven through showroom windows and loaded with merchandise before backing out. Some establishments have suffered numerous attacks. Most popular are electrical appliance and building supplies outlets. Insurance firms frequently refuse their services to local entrepreneurs. Businessmen accuse the police of apathy.

The Mekorot national water company installed hidden cameras in its many Negev installations and discovered photographic evidence of gangs dismantling pumping equipment, loading it onto trucks and then engaging in wanton sabotage of what was left, before disappearing down dusty trails. The police often prove helpless. Pumping stations are rebuilt with the clear knowledge that it is only a matter of time before they are again destroyed.

Farmers feel abandoned. Everything – from irrigation equipment to ripe produce packed for distribution – is stolen. Thousands of illegal Beduin buildings proliferate throughout the Negev while the courts appear dormant. The conclusion that official Israel has abandoned all authority in and around Beduin communities is inescapable. This extends to all aspects of life – from the sad status of women to drug-smuggling, human-trafficking and tax evasion.

We mustn’t lose sight of the risk that disrespect for the law might spread to other segments of society. Ignoring a problem may be easy but won’t prevent it from mushrooming.