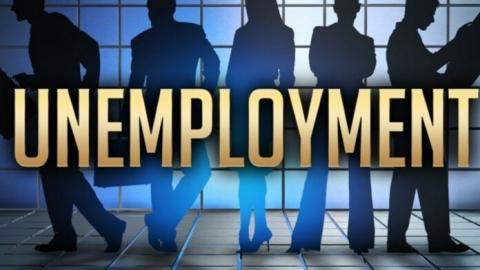 Some 47% of Israeli workers have jobs that allow them to work from home, higher than all OECD countries except Luxembourg and significantly higher than the OECD average of 38%, according to a new report on employment during coronavirus published by the Labor and Welfare Ministry. However, the report found, Israelis work longer hours than their OECD peers, and require greater flexibility in their schedules.

Israel's unemployment rate averaged 16% between March and December, with the rate falling to about 10% between closures, the ministry said. Ultra-Orthodox men were the group hardest hit by the pandemic, with 20% average unemployment.

During Israel's first and second closures, women bore the brunt of the economic impact, with 11% more women than men dismissed from work in the first closure and 7% more in the second closure. However, in the months when closures were not enforced, unemployment rates were similar for both genders.

At the same time, more women than men worked from home during the pandemic. Some 32% of Jewish women and 19% of Arab women worked remotely in the past year, compared to 28% of Jewish men and 7% of Arab men. Israel's high work-from-home rate was attributed to the large percentage of hi-tech workers and teachers in the workforce compared to the OECD average.

The report noted that Israelis work longer hours than other developed nations, and suggested that labor laws be adapted to allow for more flexibility. An Israeli worker can be employed up to 12 hours a day (including overtime) and up to 58 hours per week, while workers in Denmark and Ireland, for example, cannot average more than 48 hours per week.

A survey conducted by the ministry found that a quarter of respondents said they work more than is allowed by law, and 38% said they need more flexibility in working hours. "Flexibility in working hours is required in order to maintain an open and competitive economy," while employees need to balance work requirements with other commitments and leisure hours, the report stated.

Workers in the fields of restaurants, tourism, art and culture had the highest unemployment rates during 2020, which those occupied as software developers, and essential service providers like teachers and doctors had unemployment of less than 5% during periods when the economy was open.

"The damage arising from Israeli's low level of digital skills is especially noticeable during this period where the economy is moving toward remote work," said Mordechai Elisha, Head of the ministry's Labor division. "The high unemployment rate among low-skilled workers requires a comprehensive investment in Israeli human capital with an emphasis on vocational training and technology education."

"If we do not learn to reduce the skills gaps between the various population groups, many individuals will find themselves behind, and the whole economy will be affected," added Roni Shenzer, senior director of workforce policy strategy and planning.