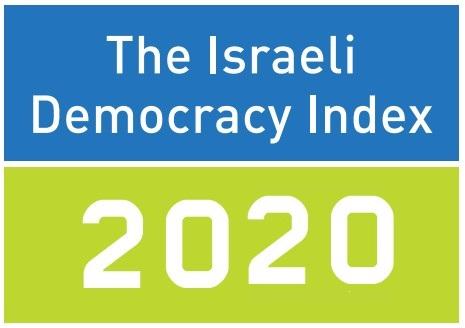 The state of democratic governance in Israel is perceived as a greater threat to the country than national security matters, a new poll has revealed. Despite this, there is no real support for a fourth general election.

According to the Israeli Voice Index for July 2020 published today (Wednesday), just over a third of Israelis (38%) are currently feeling optimistic about the future of democratic governance, a figure which has been falling steadily over the last year down from a high point of 54% in April 2019. By contrast, 59% of Israelis are optimistic about the future of national security. That figure matches the level recorded in April 2019, although it marks a significant fall from the high point of 70% reached in April of this year.

However, the general figures disguise a divide between the Jewish and Arab populations of Israel. While optimism about the democratic situation is approximately consistent across the two populations (40% of Jews are optimistic about Israel's democracy, compared to 30% of Arabs), there is a significant divide between the two populations on security: 63.5% of Jews are optimistic about the national security situation, versus 36.5% of Arabs.

Israel has been witness to a number of protests in Jerusalem and Tel Aviv in recent weeks, as Israelis gathered to protest Prime Minister Benjamin Netanyahu's premiership, and the government's economic response to the coronavirus crisis. Concerns over democratic governance appears to have translated through to support for the protests, with 58% of Israelis reporting that they "identified" with "opposition to the government's economic policy," and a significant minority – 45% – identifying with "personal opposition to Prime Minister Netanyahu.

Conversely, on the right, just 28% of respondents opposed Netanyahu, while 53% opposed the government's economic policies.This difference of opinion translated through when categorized according to party preference: 88% of Blue and White supporters, and 85% of Labor-Gesher-Meretz supporters identified with the protest against the Prime Minister, while a majority of Yisrael Beitenu supporters (54.5%) also did. At the other end of the scale, 15% of Yamina supporters, 17% of Likud supporters, and 19% of United Torah Judaism supporters identified with the protestors on this matter.

There was also strong difference in opinion between the Jewish and Arab respondents. Nearly two in three (63%) of Jews identified with opposition to the economic policy, against 34% of Jews who didn't. But among Arab respondents this trend was flipped: just 36% of Arabs identified with opposition to the government's economic policy, against 43% who did not, with the remainder unsure.

On opposition to Netanyahu, Jewish respondent were much more evenly split: 47% identified with the protestors, against 49.5% who did not. Among the Arab respondents, 36% identified with the protestors versus 45.5% who did not, with the remainder unsure. Respondents were asked to grade Netanyahu on his performance to date on four criteria: conducting security policy, running the government, handling the coronavirus crisis, and ethical-personal behavior on a scale of 1-5, with 5 being excellent.

Israelis were generally supportive of the Prime Minister when it came to security - 56% gave him a score of 4 or 5 on this measure, but were less impressed when it came to his handling of the coronavirus pandemic, on which just a quarter gave him an excellent rating. 51% rated him poor / not good (1 or 2) when it came to his ethical-personal behavior. However, there is no real public appetite for a fourth election since April 2019 by the end of 2020.

Among Jewish respondents, just a quarter were in favor of holding new elections soon, although support was higher among Arabs, running at 43%. There was no majority among any political party base for elections, although support was highest among those who back the Joint List, at 40%, and Labour-Gesher-Meretz, at 36%. Support for new elections was lowest among Yamina voters, at just 15%, while 17% of Shas voters wanted to see elections. Likud and Blue and White voters were in the middle of the group, with support running at 27% and 28% among their voters respectively.

607 men and women were interviewed in Hebrew, and 150 in Arabic on July 27-29 to collate the results, which was conducted via the internet and by telephone to supplement groups not sufficiently represented on the network. The wide-ranging poll also asked Israelis how their lives had changed because of the coronavirus pandemic, finding that the biggest impacts had been social: one in five Israelis reported that coronavirus had affected their daily routine in terms of their workplace environment to a very great extent, less than half the 42% who said that going out for leisure activities had been impacted to a great extent.

When it came to the economic impact of the pandemic, the poll brought to the fore a further difference between the Jewish and Arab populations: Just over one in six Jews (17.6%) said their income had changed to a very great extent during this time, against 29% of Arabs who said the same. Conversely, 29% of Jews said their income hadn't changed at all, while fewer than one in ten Arabs had found their income remaining static.

The Israeli Voice Index is a monthly survey conducted by the Guttman Center for Public Opinion and Policy Research at the Israel Democracy Institute.