Israelis are unhappy with their work-life balance 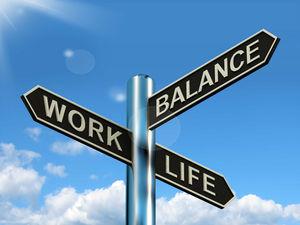 Study suggests most Israelis don’t want to swap their day off from Friday to Sunday, 40% work while sick, and many are disgruntled about not being able to work from home. A majority of Israeli workers are unhappy with their work-life balance, while a plurality work while on sick leave, according to a survey released on Monday by the Israeli Democracy Institute, a Jerusalem-based think tank.

According to the survey — which polled some 600 employees over the age of 18 — 57 percent of Israelis are dissatisfied with their existing work-life balance, with a similar percentage of respondents complaining of inflexible employers who do not allow them to work from home. Some 5% said they were allowed to work from home when they wanted, while an additional 36% indicated they are sometimes allowed to do so after receiving permission, according to the survey.

The IDI also estimated that long commutes cost the Israeli economy 25 wasted work hours per month, adding up to “13% of the total annual working days in the economy,” or a month out of the year for each worker. Some 31% of workers said their commute lasts between a half hour and an hour, while 29% reported their travel time as between one and two hours.

Some 47% of workers polled told IDI that they work overtime from home for up to two hours a week and 24% reported working on weekends at least once a month. Over one-quarter, 27%, of workers reported that they “often or always work during vacation or holidays.” Another 40% said they work while officially on sick leave, with above-average earners (52%) more likely to do so than those whose salaries were around the market average or lower (35%, 32%, respectively).

Asked whether they would prefer to have Sundays off instead of Fridays, most respondents (62%) said they would rather keep the arrangement as is. Israeli employers are also lagging on providing refresher courses for workers, the study suggested.

The study said 67% of workers “have not been provided with professional training with the aim of keeping abreast of technological developments in the workforce.” Despite reports that Israel’s productivity is falling further behind top developed countries, leading to greater wage disparity and poverty, 65% of employees said that “their employment matches their level of professional training.” “The survey results reflect the urgent need to adapt the Israeli labor market to the 21st century,” Daphna Aviram Nitzan, director of the IDI’s Center for Governance and the Economy, said in a statement.

“Employers from both the private and public sectors must implement immediate reforms, in particular by formulating new employment agreements and overhauling professional training processes, so that they are in line with the market’s changing needs. This will help bridge the existing gap between the professional level and productivity of Israeli employees in comparison with their counterparts from other OECD [Organisation for Economic Cooperation and Development] countries.”

The survey had a margin of error of 4.1%± and was conducted on behalf of IDI by IPanel Institute. Last month, the OECD released a report projecting that Israel’s economic growth will increase, but at a reduced rate. In a report released this summer, the Shoresh Institution for Socioeconomic Research, an independent nonpartisan center, found that Israel is losing some of its brightest and best minds as tech professionals, engineers and academics leave its shores, thus depriving the country of fuel for its economy.

For every Israeli with an academic degree who returned to Israel in 2014, 2.6 Israeli academics emigrated. By 2017, this figure had risen to 4.5 emigrants per returnee. Israel has a population of 9 million, but according to the report, an “exceptionally small” number of people, fewer than 130,000, are instrumental in keeping its economy and healthcare system forging ahead, and the nation is dependent on them.