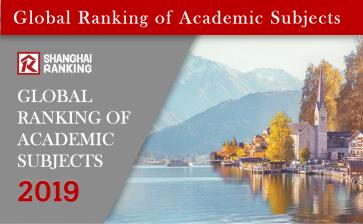 Technion–Israel Institute of Technology is ranked first among Israeli universities and 85th globally on a list of the world’s top academic institutions ranked by the prestigious Shanghai Ranking of world universities. The Technion, which topped the list in Israel in 2018 as well, slipped to 85th globally from 77th in 2018.

The 2019 edition of the Shanghai Academic Ranking of World Universities (ARWU) was published on Thursday, listing the world’s top 1000 Universities. The ranking placed four US universities among the top five: Harvard and Stanford came in first and second, followed by the University of Cambridge in the UK, the Massachusetts Institute of Technology and the University of California, Berkley. These universities topped the list in 2018 too.

Hebrew University’s global rank this year also slipped compared to 2018, when it placed 95th globally. The rankings of the other universities remained unchanged, both locally and globally. The Technion was ranked 25th globally for space engineering and 39th in the field of automation and control, and was in the top 100 in computer science & engineering and chemistry. The Technion has consistently appeared in the Shanghai Ranking’s top 100 since 2012, the university said in a statement.

“The Technion’s presence as one of the world’s top 100 universities for 8 consecutive years is a significant and important achievement,” said Technion president Prof. Peretz Lavie. “This is international recognition of the Technion’s excellence. However, it is important to keep in mind that a university’s exact position in the Ranking often changes because of one more or one less scientific publication.”

The Shanghai Ranking, published since 2003, grades academic institutions worldwide according to objective criteria, including the number of Nobel Prizes and prestigious awards, the number of scholarly articles published in the leading journals Nature and Science, and other factors relative to the size of the university.