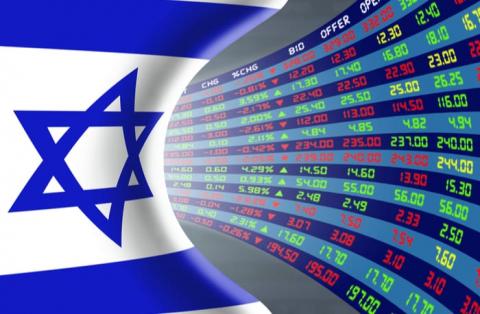 Israel’s tech sector is wrapping up a record year in 2021, with startups raising an astonishing $25 billion in funding from January through November, and 33 companies entering the unicorn club of private firms valued at over $1 billion, according to a report published Monday by Start-Up Nation Central (SNC).

The value of capital investments represented a 136% increase in equity funding over 2020, itself a record year with over $10 billion capital raised. Funding in Israeli startups and companies was 71% more than the global average, and 78% more than in US companies, according to the report, which examined comparative data compiled by research firm Pitchbook.

These record-setting numbers are a “reflection of global trends that are not necessarily Israel-specific, like the rise in investments in technologies, partially as a result of COVID-19 and the lessons of how much digital innovation and tech are key components of a strong and robust industry… but the numbers in Israel are stronger than the average,” Start-Up Nation Central CEO Avi Hasson told The Times of Israel in an interview Monday.

Indeed, global venture funding has reached all-time highs in 2021, with roughly $500 billion invested in companies worldwide so far this year, compared to over $330 billion in all of 2020. Larger funding rounds of $100 million or more dominated the global tech industry, with all funding stages seeing significant growth, according to Crunchbase data.

This was true in Israel as well, where the number of mega-rounds reached 74, more than double last year’s number, according to the SNC report. These larger rounds amounted to $14.77 billion in funding so far in 2021, more than half the total amount for the year and up 310% from an accumulated $3.6 billion last year. In addition, the median round size rose from $6 million in 2020 to $14 million in 2021.

The sectors that drew the most capital in 2021, like in 2020, were enterprise IT and data infrastructure, cybersecurity, and fintech. About 65% of the total funding went to companies in these sectors, compared to 52% of the total raised by the same sectors throughout all of 2020

The SNC report referred to these sectors as the “Big 3” of the Israeli ecosystem “due to the fact that they are comprised primarily of pure software companies capable of delivering rapid solutions and are generally unaffected by distance from market.”

“What we are seeing is no coincidence,” said Hasson. “We are still a startup nation in that we have that engine of new ideas and new companies but most of the funding that you see reflects the maturity of the market — we see it in the number of new unicorns and the number of IPOs, and in the dozens of acquisitions where Israeli companies [are buying Israeli companies] and that’s a relatively new phenomenon.”

Unicorns have been the talk of the global tech industry in 2021, with massive funding rounds driving up valuations worldwide. As of early December, there were 936 unicorn companies worldwide at a total cumulative valuation of almost $3.049 trillion, according to CB Insights, a New York-based data firm that tracks the industry. Close to 500 of these companies became unicorns over the course of 2021 alone, a staggering number.

In Israel, 33 companies became unicorns so far this year, according to SNC.

But the numbers differ depending on methodology and organization. Some compilers of unicorn lists include Israeli companies that have pending IPOs or SPAC (special purpose acquisition company) mergers, while others will include companies that have an Israeli founder (like California-based payroll company Deel) but not necessarily a presence in Israel.

According to Tech Aviv, which tracks the industry in Israel, as of December 13, there were currently 79 Israeli-founded unicorns with a combined value of $228 billion. Of these, 32 have their headquarters in Israel, 20 in New York, 15 in Silicon Valley, with others in Boston, London, Singapore, Chicago, and Los Angeles. The TechAviv round-up includes 11 companies with pending SPAC mergers (like hospitality company Selina), after which they will go public and will no longer be considered private companies.

A Deloitte Catalyst report from October found that 35 Israeli companies joined the unicorn club in the first three quarters of 2021, the same number of companies that were valued at $1 billion or more in 2019 and 2020 combined.

This uptick in new unicorns is directly related to an increase in activity by foreign investors who have participated in more rounds than in previous years.

According to the SNC report, the most active foreign investor in Israeli companies in 2021 (and the most active investor generally) was Insight Partners, a New York-based firm that invested in 49 rounds in 2021, up from 17 in 2020. The company’s portfolio includes Israeli success stories like Wix and Monday.com, as well as Shopify and Twitter. American investment firm Tiger Global Management participated in 16 funding rounds in Israeli startups in 2021, up from just three in 2020.

Foreign VC funds make up four of the top 10 most active funds in Israel, according to the report. The most active Israeli VC company was OurCrowd, with 29 rounds in 2021. “We’re seeing an entire slew of investors… coming in strong. These are some of the biggest and strongest investors out there,” said Hasson.

“While Israel used to be somewhat of a niche market for investors, trends over the last two years – which became even more pronounced in 2021 – show that it is now a go-to source of solutions for the biggest names in the industry,” the report noted. “This illustrates the level of attractiveness that Israeli companies hold for foreign investors and their growing influence on the market.”

While some observers have warned of a bubble in the market, given the investment frenzy and the sky-high valuations, Hasson said the capital flow was logical “both in terms of macroeconomics, in terms of alternative investments and where the interest market is, and in terms of the long-term growth that technology can offer.

“When we look at the valuations, they are at all-time highs, so one could say we could see a correction here, but that’s more financial speculation. I don’t see a bubble in the sense of capital stopping to flow in this direction. Even if there is some sort of correction to the valuations, it will be more of a technical one. The forces that are driving this are so strong, in terms of supply and demand for capital.”

The one challenge that may threaten future growth for the Israeli tech sector is the shortage of human capital, he said.

The Israeli tech industry suffers from an acute shortage of engineers and programmers, which could hamper the industry’s growth, affecting the whole of the economy as well, observers have warned. “We need to increase the pool of candidates and generate more entry points” for people from underrepresented communities such as Arab Israelis, the ultra-Orthodox, and women, generally. “We cannot have sustainable growth without inclusivity,” Hasson said.

Another record year for IPOs and acquisitions

This year was also marked by a SPAC craze, in Israel and worldwide. But the SNC report said only 10 such mergers (including ad tech company Innovid and autonomous driving systems firm Innoviz Technologies) were finalized,  raising a total of $4.9 billion.

Acquisition transactions also increased in number — 119,  up from 91 in 2020 — but the accumulated value nearly doubled from roughly $4 billion to $7.6 billion in 2021, according to the study.

A specific notable trend was the increase in the number of Israeli startups acquired by Israel-based companies, with 39 such deals carried out in 2021, the highest number on record, up from 21 in 2020. “These companies are acquiring other companies that are part of their growth journey and becoming category leaders in almost every sector in which they operate,” Hasson said. “We are seeing a new generation of entrepreneurs who are looking to build big, sustainable companies, and it’s very promising.”