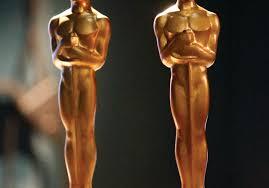 An Israeli team won an Academy Award in the Scientific & Engineering category for 2021. The winners were announced on Tuesday night, and Prof. Meir Feder of the Iby and Aladar Fleischman Faculty of Engineering at Tel Aviv University and his former student and co-founding partner of the start-up Amimon, Dr. Zvi Reznic, shared the award with Amimon’s senior executives, Guy Dorman and Ron Yogev.

Every year, in addition to the winners of the traditional Oscars, the American Academy of Motion Picture Arts and Sciences announces winners in various scientific and technical categories, honored for the impact their work has had on the global film industry.

The Academy Award to this team honored the wireless video technology developed by the Amimon team, and implemented through Amimon’s chipset. Amimon was founded in 2004 by Feder, Reznic and Noam Geri, who is also a graduate of Tel Aviv University. Feder said that the prizewinning technology is now used throughout the global film industry.

He explained that the technology is able to transmit video shots of very high quality, reliably and quickly, from a large number of cameras in real time, to monitors on the set, thereby providing the film’s director and crew with full control of all shooting angles simultaneously.

The Academy Award Committee stated in its announcement: “By using novel extensions of digital data transmission and compression algorithms, and data prioritization based on error rate, the Amimon chipset supports the creation of systems with virtually unrestricted camera motion, expanding creative freedom during filming.

”Feder said: “This is a very exciting day for me, and a proud moment for Tel Aviv University.