Israeli startup aims to save the Planet from thirst 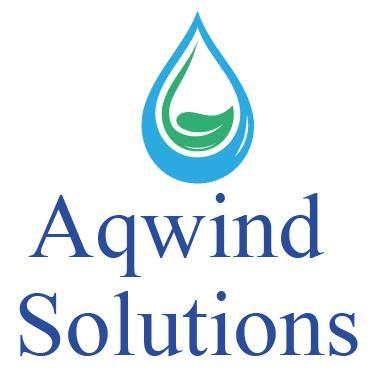 Imagine if showering was a luxury, washing your floors a dirty secret, and shampooing the dog was illegal. It isn't unthinkable that within our lifetimes, bath will be a dirty word as the world grows ever shorter of water — to drink, to wash and crucially, to irrigate crops. Enter the Israeli startup Aqwind, which has taken the lowest life-forms in the world, bacteria and algae, and harnessed them to a low-cost way to clean dirty water enough for irrigation.

Manure is great as fertilizer, but irrigating with raw human sewage will just produce fruit & veg chock full of goodness, and intestinal bacteria, parasites, and viruses. On the other hand, using post-treatment sewage is fine for crops. The question is how to clean the sewage affordably and sustainably, producing water fit for farming and without merely concentrating the toxins and dumping them.

Aqwind does exactly that, by taking natural processes and engineering them, explains its CEO and founder, Udi Leshem. "Natural systems can't cope with concentrated sewage. We imitate the natural systems," he says.

Like Aqwind, other water treatment plants rely on bacteria to break down the organic matter in our sewage and are energy-heavy. But they need large amounts of energy to oxygenate the water for the bacteria to breathe.

Aqwind, formerly known as Aquanos, added algae to the equation. Algae, as other plants do, breathe in carbon dioxide during the day and breathe out oxygen. Thus Aqwind reduced the energy requirement in water treatment by 70% to 90%, it explains. Is the energy used to oxygenate water for bacteria to eat sewage really a global problem? It is. "Treating sewage is responsible for around 4% of total electricity usage in the United States," Leshem says. "Generating the oxygen for the bacteria to breathe is responsible for a quarter to half of that."

And then there are the countries dumping sewage right into the sea, partly because they simply can't afford to build all the wastewater plants they need. Not only that: the algae system is a net generator of energy. The system also produces methane, which can be used for power generation, explains Leshem, adding that existing wastewater treatment plants can be retrofitted to use the Aquanos algal system.

The Aqwind system only uses about 50% of the electricity needed by the most efficient treatment plants; compared with inefficient ones, it saves around 90%, Leshem says – making it suitable for low-income countries. Could the system be matched with renewable energy resources such as solar panels? Theoretically yes, but it's a hair complicated; or the methane could be used to make electricity, Leshem suggests.

In any case the energy solution has to be adapted to the system size served by the Aqwind system, which can run from a system for a single home to a city of say a million people, Leshem says.

The beautiful circle of breathing

How does it work? The first microbeings unleashed on our waste are anaerobic bacteria, which start the process of breaking down the organic material, and also produce the methane, which can be collected and sold.

The algae come in en route to the second bacterial stage: breakdown by aerobic bacteria, who work on the waste while breathing oxygen produced by the algae. Which are breathing the carbon dioxide breathed out by the bacteria. It's a beautiful circle. The product of this process is water clean enough for agriculture, but isn't recommended for drinking. So far the company has sold 25 systems, one in California and the rest in Israel.

Some aren't necessarily what had been originally envisioned. The American project involves cows. A lot of cows, which are notoriously adding to GHG emissions with their various eructations. Aqwind's systems are cleaning the water but to capture the methane emitted by the tons and tons and tons of cow output. No, that isn’t why they renamed the company Aqwind.

Asked how this project had reached the little Israeli company, Leshem says simply, "Oh, they called us by phone one day, said they hadn't found a solution anywhere else in this world." The company also has a special project with Israel's national water company Mekorot, to clean desalination output.

The water systems output would be clean enough to drink if people weren't so fussy, in theory, but some cringe at the thought of drinking treated toilet water. And to be fair to the fastidious among us, the company stresses that even with the best-controlled treatment systems, there is risk that despite all that loving microbial attention, the treated water will have traces of heavy metals, pathogens or something else that we don't want to imbibe. And some bacteria. And that is why Aqwind system can relieve the pressure on fresh water, leaving more for us to drink, without you innocently going to the store and seeing recycled plastic bottles on shelves bearing the legend "From toilet to toi!"