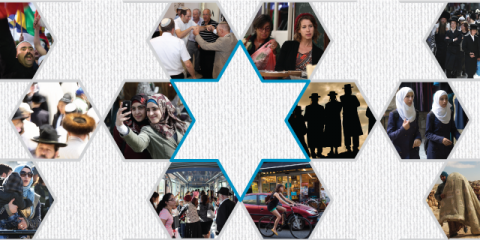 Israeli society is increasingly divided, with 81% of Israelis stating that they believe that their society is increasingly divided, a 12% increase since 2017, according to a new survey by the Anti-Defamation League (ADL). Some 21% of respondents stated that Ethiopians were the most discriminated against group in Israel (21%), followed by Arabs (19%) and LGBTQ+ people (16%), according to the survey.

Most haredi (ultra-Orthodox) respondents (54%) stated that haredim are the most discriminated against group in Israel. The survey also found that nearly half of the respondents in Israel had changed their views for the worse toward the haredi sector, in part due to perceptions of haredi society's response to coronavirus regulations. Only about 31% of respondents saw haredim as an "integral part" of Israeli society, a decline of 12% since 2019, before the pandemic began.

Controversy surrounded the haredi sector's response to coronavirus regulations as some schools and synagogues remained open despite closure orders, and some haredi leaders did not support government regulations.

Some 61% of Israelis believe that the IDF contributes most to unity in the country. According to the respondents, the division in the country is mostly caused by politics (90%), social media (84%), news media (84%) and the religious establishment (74%).

“At a time when Israeli society is reeling from the coronavirus pandemic and faces political and social instability, there is an increasing sense among Israeli citizens that our society is more divided than ever before,” said Carole Nuriel, director of ADL’s Israel Office. “The increase in the negative sentiments toward various sectors in Israeli society, along with the unwillingness to unite forces between sectors – both politically and socially – should concern all those who value the health and cohesion of our democracy.”

The survey will be discussed at ADL's Israel Social Cohesion Summit this week, with speakers including Health Minister Yuli Edelstein, Joint List head Ayman Odeh and Yamina leader Naftali Bennett, among other leaders and journalists.

"Now more than ever, it’s clear that Israeli leaders and nongovernmental organizations need to prioritize programs and policies that aid in the healing of society’s rifts. For the health and future of our democracy, we need to devote more attention to the values and visions that can help to unite our society," added Nuriel.