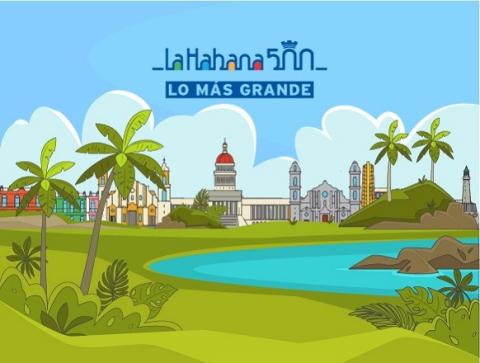 The Keren Kayemeth LeIsrael-Jewish National Fund’s chief scientist became the first ever to present at an international conference in Cuba, according to the organization. KKL-JNF said that its chief scientist, Dr. Doron Markel, took part last week in Cuba’s Cubambiente 2019, a conference held by Cuba’s Environmental Agency and Ministry of Science, Technology and Environment. According to the organization, this was the first time an Israeli scientist has been invited to present in such a situation, participating alongside 30 other countries at the 12th international environment conference.

According to KKL-JNF, the conference dealt with issues surrounding the environment and climate change to encourage cooperation among countries, and the exchange of knowledge and sustainable practices, as well as present opportunities for economic growth and environmental protection. Markel spoke about developments in forestation and large water project tools to adapt to the effects of climate change in Israel and the rest of the Middle East.

In his address to conference participants, he said that: “The effects of climate change can be seen in the Middle East with drier winters and hotter summers. In Israel, adaptations to changing climate are carried out by KKL-JNF in the field of forestation, to fight the spread of desertification.”

Markel said that he found the conference to be very exciting because these scientific projects will be a way for countries to reach out to one another and promote cooperation. “Science can serve as a bridge,” he said. “While it is known that our states don’t have a formal relationship, scientists can collaborate and it can be a starting point.”

One project Markel says will promote such cooperation between countries is the Red Sea-Dead Sea project, which will simultaneously target water shortage issues and prevent the fall of the Dead Sea’s water level. “The most important part is to deliver water to disconnected areas in Israel and the Middle East,” he said. “The three main areas that are solely based on local water sources are the Sea of Galilee, Golan Heights and the Arava Valley.”

Markel is on an Israeli team working on an intergovernmental project that requires pumping desalinated water from the Red Sea to both Jordan and Israel, and to transport the brine – remains of desalinated water – through a pipe all the way to the Dead Sea in order to stabilize the sea level. Another tool he said could be used to help adapt to climate change in the Middle East is the use of semi-arid forests, such as the Yatir Forest, to fixate carbon dioxide which would help battle increased levels in the atmosphere.