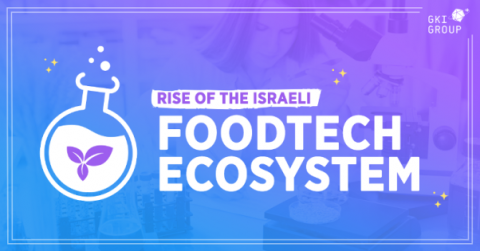 American agritech investor Finistere Ventures, Israeli capital venture platform OurCrowd and leading manufacturers Tnuva and Tempo Beverages have announced a partnership to invest up to $100 million in Israeli food and agricultural technologies. The consortium was created following the government’s establishment of a foodtech innovation incubator in Kiryat Shmona, near the Lebanese border. The partners will bid to operate the incubator, backed by the Israel Innovation Authority.

Erel Margalit’s Jerusalem Venture Partners (JVP) is reportedly also bidding to operate the innovation hub. “Foodtech is now one of the hottest dishes on the Israeli innovation menu,” said OurCrowd CEO Jon Medved. “When four innovation master chefs – Finistere, OurCrowd, Tnuva, and Tempo – get together to cook and create the newest companies, the results are going to be scrumptious.”

Jerusalem-headquartered crowdfunding venture platform OurCrowd has invested in 170 companies and funds to date, including public company Beyond Meat. Agrifood technology-focused Finestere Ventures, based in San Diego, is backed by major investors including Bayer, Ireland Strategic Investment Fund, Nutrien and PepsiCo.

In 2016, OurCrowd joined with Finistere and other industry partners to launch Radicle, a $15m. accelerator fund for Israeli agritech start-ups. They are joined by Israel’s largest food manufacturer Tnuva, controlled by China’s Bright Food Group since 2014, and drinks company Tempo Beverages, partially owned by Heineken.

“Israel has become a top innovation hub in the FoodTech and AgTech arena,” said Finistere Ventures co-founder and partner Arama Kukutai. “We are committed to expanding our local partner network, and most importantly, increasing our investment in, and support of, Israeli disruptors across the entire food and ag-value chains as they look to penetrate the global market.”

Israeli agrifood technology start-ups raised almost $800m. in more than 250 deals between 2014 and 2018, according to a recent report published by Start-Up Nation Central and AgFunder.  Today, there are approximately 700 Israeli start-ups operating in the field.

Earlier this month, JVP announced a partnership with US food giant Mars Inc. to collaborate on the research and development of innovative technologies to tackle global food, agriculture and nutrition challenges. The R&D agreement will see the Virginia-headquartered manufacturer support Israeli start-ups and the formation of companies, and work with leading Israeli academic institutions, including Hebrew University of Jerusalem, the Weizmann Institute and the Technion, to advance foodtech innovation.