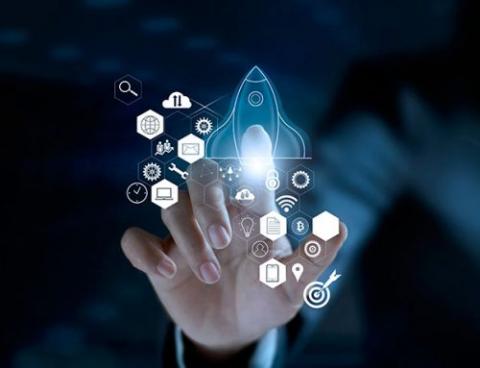 Israeli high-tech startups and companies raised $1.55 billion in 128 deals in the first quarter (Q1) of 2019, marking a 28 percent increase in capital amounts and a 15 percent increase in the number of deals compared to last year’s first quarter, according to a report released Tuesday by the IVC Research Center and law firm ZAG S&W Zysman, Aharoni, Gayer & Co.

This past quarter was marked by two large deals of over $100 million – that of Innoviz Technologies which raised $132 million in Series C funding late last month, and that of telecoms tech startup DriveNets, which emerged from stealth mode in February to announce a $110M Series A funding round led by Bessemer Venture Partners and Pitango Growth. The two deals make up 16 percent of the total quarterly capital.

In Q1 2019, according to the report, deals higher than $20 million were responsible for 64 percent of the total amount invested, while seed and smaller rounds in the $0m–$5m range accounted for less than seven percent, continuing a downward trend observed since late 2015.

There was a major increase in deals that were between $5 million and $20 million (46 total) and that accounted for 40 percent of the overall deals this quarter, according to the study. The most noted figure in the report was for C Round deals, with Israeli companies raising some $476 million in 17 deals, the highest figures since 2014.

Deals backed by VCs amounted to 71 in Q1 2019, compared to 57 non-VC-backed investments. The former accounted for $1.3 billion of the total raised this quarter, an amount that is lesser than the $1.5 billion raised in VC-backed deals in 2018’s Q4, but the highest in recent years.

“Israeli high-tech opened the year 2019 with momentum, said Shmulik Zysman, founder and managing director at ZAG-S&W. “We are particularly optimistic as the first quarter of 2019 was the most successful first quarter in the past six years, both in terms of total funding and number of transactions. Another reason for optimism is the high involvement of venture capital funds in the amount of capital invested – one of the highest in the last five years”.

“In the first quarter we have seen the continued trend of “less venturous venture capital”. This trend is evident in the increase of the amount of capital invested in mid and late-stage companies. This contrasts with a certain decline in the capital amount invested in seed- and early-stage companies,” he added.

IT and software companies, which make up the largest sector in the Israeli technology industry, raised $660 million in 57 deals in Q1 2019. Life sciences companies meanwhile raised $260 million, lower than the $315 million in Q4 2018, but slightly higher than the historical average for this sector. 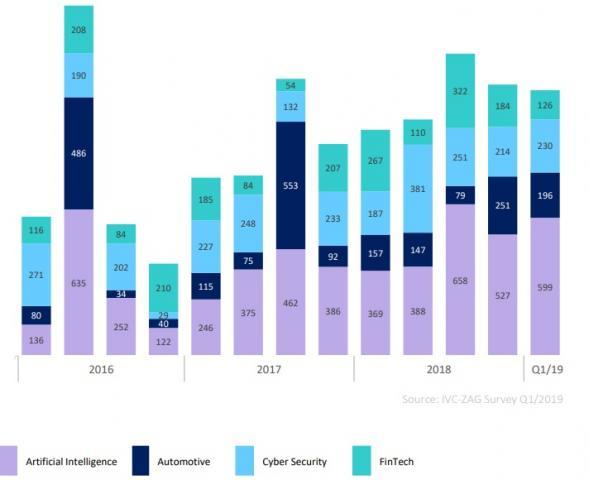 A graph by IVC showing leading tech verticals for Q1 2019.

Artificial intelligence (AI) companies continued the increasingly generate investment with a record 51 companies raising $599 million in the first quarter of 2019, compared to $369 million raised by 30 AI companies in Q1 2018. in this sub-sector, most of the investments were made in early-stage financing rounds (seed + A rounds).

Marianna Shapira, research director at IVC Research Center said: “Capital raising activity continued to be high, especially in artificial intelligence and big data, raising mid-size amounts ($5m to $20m) in A to C round series. This stems from strong follow-on investment activity—approximately 60 percent of the deals were made in investors’ current portfolio (a growth from about 50 percent quarterly average in previous years). Investors mostly concentrated on cultivating their portfolio companies, and mid-stage companies which attracted 43 percent of total capital inflow in Q1/2019.”