Israel in the World Talent Ranking for 2019 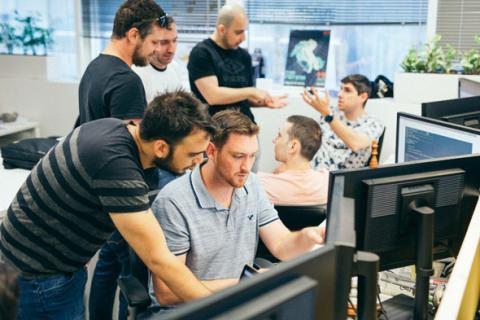 Israel ranked 19th out of 63, unchanged from last year, in the World Talent Ranking for 2019, which measures how countries create the right environment to develop, attract and retain skilled workers, key factors in keeping a nation competitive.

Out of 63 economies ranked, Switzerland held on to its title as the world’s top hub for talent, with Europe leading the way for fostering the best conditions for incubating, attracting and retaining talent, in a global economy that is suffering from a shortage of skilled workers, the IMD, which compiled the ranking, said in a statement on Monday.

The IMD World Competitiveness Center (WCC) is a research center at the International Institute for Management Development (IMD) in Switzerland, an independent institution that does research on competitiveness. Denmark and Sweden were ranked second and third on the list, with Singapore the only non-European nation in the Top 10 nations. Sweden rose five spots versus last year’s ranking. Austria (4th), Luxembourg (5th), Norway (6th), Iceland (7th), Finland (8th), the Netherlands (9th) and Singapore (10th) made up the top 10.

The mid-sized European countries that dominate the ranking all share “strong levels of investment in education and a high quality of life,” the statement said.

The ranking evaluates the ability of 63 economies in developing, attracting and retaining talent. The assessment of the economies in fostering and attracting talent is based on three factors: investment and development, appeal, and readiness.

Israel snagged a relatively high score, 17, for investment in and development of its workers, its key strengths being the total percentage of GDP it invests in education (4th), and its strong female labor force (11th). The nation’s biggest weakness in worker investment was in employee training in companies (46th).

For appeal, Israel ranked 28 out of the 63 economies, its overall top weakness being the cost of living, and its top strength in this category being companies’ prioritizing efforts to attract and retain talents. In the readiness category, Israel’s skilled labor, finance skills and university education were its top strengths.

According to the ranking, Switzerland leads the world in the “appeal” factor by providing workers with apprenticeships, health infrastructure and remuneration, its ability to attract highly-skilled foreign workers, and the high education of universities and company managements.

Denmark is the world’s leading economy for “investment and development.” Singapore scored highest globally for talent “readiness,” the statement said. “Most leading economies emphasize long-term talent development by focusing on investment and development,” said Prof. Arturo Bris, director of the IMD World Competitiveness Center. “This emphasis, however, goes beyond purely academic aspects to encompass the effective implementation of apprenticeships and employee training. Such an approach ensures a consistent alignment between talent demand and supply.”

The United States (12th) retained its position, while Canada (13th) fell seven places due to a decrease in total public expenditure on education and a general decline across all talent factors, the statement said.

For the Middle East, Israel was followed by Qatar (26th) and Saudi Arabia (29th). The bottom of the ranking features several Latin American economies that struggle to develop and retain talent. Venezuela (62nd), Mexico (60th), Colombia (54th), and Brazil (61st) all suffer from issues related to brain drain alongside relatively low levels of investments in education, the statement said.