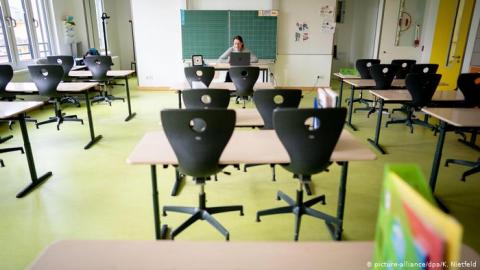 Amid government discussions of possibly reopening kindergartens and elementary schools during the first week of May, the latest Health Ministry figures show that Israelis who have fallen seriously ill with COVID-19 thus far were all aged 20 and over.

According to Health Ministry updates sent out on Saturday, Israel has 15,148 confirmed patients with coronavirus, including 130 in serious condition, of whom 102 are on ventilators; 198 Israelis have died of the disease, and over 6,000 have recovered (a number included in the tally of total cases).

A majority of patients in serious condition, 30.5 percent, have been between 70-79 years of age, according to a Health Ministry breakdown by age group. Over 32% of patients in this age group have also required mechanical ventilation intervention.

The disease has been deadliest for those aged 80 and over. Nearly 40% of all deaths in Israel as a result of the pathogen have been residents of nursing homes. Israel’s youngest victim was a 29-year-old woman who had been sick with a terminal illness before catching the virus.

As Israel has been easing pandemic restrictions over the past week, the government has faced mounting public frustration over the continued lockdown and the closure of schools. Health officials have remained steadfastly opposed to opening schools due to the risk of infections among children but according to a Channel 13 report this week, the Education Ministry is looking to reopen kindergartens and elementary schools by May 3.

Shmuel Abuav, the director general of the Education Ministry, said Saturday night that ministers would on Sunday discuss when and how to reopen schools. Thus far, only special education programs have restarted operations, albeit in a limited capacity.

The government is this coming week to discuss the issue of reopening schools, the Health Ministry Director General Moshe Bar Siman-Tov said on Friday. In a Channel 12 interview, he defended the stringent lockdown measures Israel has taken, saying that otherwise it could have found itself in a similar situation to that of Belgium, which has 6,700 dead in a population of 11 million.

School administrative staff were ordered back to work on Thursday. A statement from the Education Ministry said administrative employees would be returning to schools subject to Health Ministry guidelines. This is being interpreted as an apparent sign that Israel will soon gradually allow schools to reopen.

According to the Channel 13 report, students in kindergarten classes will be divided into groups of 15, with each group attending school for half of each week to limit the spread of the virus. Students up to third grade at elementary schools, which have more classrooms and space, will attend class for the full week. Students in grades four, five and six, and middle school and high school pupils, will continue remote learning.

The report did not address daycare centers. On Friday, administrators and staffers at educational institutions began organizing the classes into groups and deciding how to best deploy educators and resources. Groups of special education students, which are currently limited to three children each, will be expanded to seven or eight students each after Independence Day on April 29, the report said.

But health officials have cautioned against reopening schools at this stage, stressing concerns that children may infect each other widely and that while they themselves may be able to weather the virus, their parents and grandparents will have a harder time doing so.

“The reinstatement of the education system will come at the cost of human lives,” Health Ministry deputy director Itamar Grotto warned Thursday during an Army Radio interview. “This is not the time to let our guard down. Chances are there will be a second outbreak wave. We see a possibility that thousands will need to be on ventilators,” he added.

The Bank of Israel said Thursday that the shutdown of the education system was costing the economy around NIS 2.6 billion ($737 million) per week as many households have had to keep one parent tending to children instead of working.