Israel talking to US in efforts to impact Paris summit 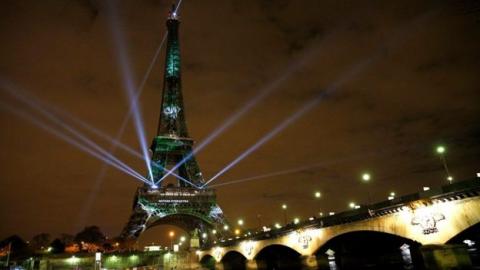 Israel’s efforts at affecting the results of Friday’s scheduled Middle East summit in Paris are focused on discussions with the Americans, The Jerusalem Post has learned. The US, which publicly has taken a wait-and-see approach to the French-led summit, is considered to be the dominant actor, whose positions will go a long way toward determining the outcome of the conference.

Israel is holding intensive talks with Washington regarding how the meeting will proceed, and what conclusions will emerge. One of the big questions will be whether the meeting will be a one-time event, or whether workshops will be set up that will necessitate intensive follow-up by the international community.

While at first a report by the Mideast Quartet – made up of the US, Russia, EU and UN – spelling out the reasons for the current diplomatic logjam and recommending ways to move forward, was expected to be released before the summit, now it appears that the document will be released only afterward. This is perhaps to take into account what happens at the Paris meeting.

Prime Minister Benjamin Netanyahu – who has come out adamantly against the meeting – spoke out against it again Wednesday night at a graduation ceremony at Bar-Ilan University’s medical school in Safed. “The way to peace does not go through international conferences that seek to impose agreements, make the Palestinians’ demands more extreme and thereby make peace more remote,” he said.

Instead, Netanyahu added, the way to peace is through direct negotiations without any preconditions. “This is the way it was when we reached peace with Egypt and with Jordan, and this is the way it needs to be with the Palestinians,” he said. “If the countries gathered this week in Paris really want to advance the peace, they should join my call to Abu Mazen [Palestinian Authority President Mahmoud Abbas] to come to direct negotiations. That is the way to peace, there is no other.”

Some 30 countries and international organizations are expected to attend the summit to discuss the parameters of what the international community believes should be the basis for direct negotiations between the sides down the line. Neither Israel nor the Palestinian Authority have been invited to attend. The PA has come out in favor of the parley.

US Secretary of State John Kerry and his Russian counterpart, Sergei Lavrov, are both expected at the meeting. The diplomatic moves are expected to be among the topics that Netanyahu will discuss next week with President Vladimir Putin in Moscow. In Washington, State Department spokesman John Kirby said on Tuesday that Kerry was “looking forward” to attending the summit “to see what possibilities there may be, what options can be pursued.”

Kirby said that nothing has changed regarding Washington’s “commitment to trying to get at a two-state solution. And if good ideas and alternatives and palatable ways forward come out of this initiative started by the French, well, then that’s all to the good.” Kirby noted that Kerry has said many times that “the first and most important thing is that the leaders themselves in the region have got to be leaders. They’ve got to make some tough decisions. And they have to show in real ways, not just rhetoric, that they’re willing to take the steps necessary to get us to a two-state solution, and to date they haven’t done that. “So the secretary’s been very clear that he’s not going to shut down any avenue for discussion or debate or consideration of ideas. This isn’t about going to please the French or anybody else, it’s to try to have a meaningful conversation about a path forward.”

Kirby, meanwhile, welcomed Netanyahu’s comments earlier this week that the 2002 Arab Peace Initiative could form the basis of negotiations. “As the secretary himself has said many times, the Arab Peace Initiative can play a critical role in advancing peace in the region. We continue to call on both sides, as I said before, to demonstrate with policies and actions their commitments to the two-state solution, and we’re ready to support them in any way.”

Netanyahu alluded again on Wednesday to a wider regional initiative, saying that “we are not giving up the search for pathways to peace, including with the assistance of important developments in the region.”

In parallel to the French summit, a meeting that Jerusalem fears may seek to place a timeline on negotiations, there has been talk in recent weeks of a regional meeting in Cairo, during which Netanyahu and Abbas would meet in an Egyptian-sponsored framework. This is Jerusalem’s preferred option. One of Israel’s concerns about the French initiative is that the summit will call for an international conference to launch direct negotiations later in the year, and will put a deadline on those talks.

Paris has indicated regarding previous initiatives it has floated over the past year that if after a specified amount of time negotiations do not produce results, it would recognize a Palestinian state.

Israel’s position is that this only hardens the Palestinian negotiating position, since they will have no incentive to genuinely negotiate if they know that if no agreement is reached, they will get international recognition anyway.