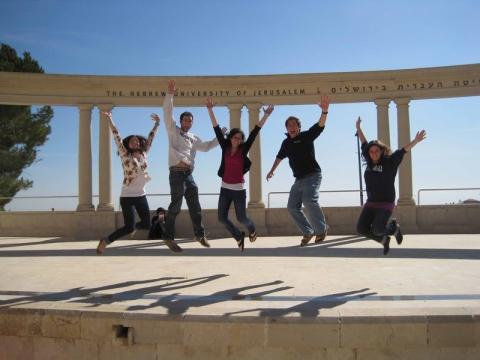 Israel, at one time, was trying to emulate the education system of the United States. If you go back to the 70s, you’ll find that Israel was working to bring its research and teaching staffs to the level that was seen in the United States.

But you’ll find that Israel has quickly changed pace since the 70s. Teaching and research staff per 100,000 people fell by 35% between 1978 and 2005. In the United States, this figure rose by 29%. Israel’s path was once trying to emulate the United States before tapering off, with 40% less staff at the country’s higher education institutes.

The interesting part is that the number of students during this time rose in Israel, as degrees per capita hit a 355% increase; the United States saw an increase of 31% during this three-decade period.

Today, the Organisation for Economic Co-operation and Developmentreports that Israel is the 3rd highest country for adult education, beating out the United States, which Israel was once trying desperately to emulate.

Among Israelis between the ages of 25 and 64, 49.90% completed some form of higher education, beating the United States by nearly 4%. Canada and Japan ranked the highest, with completion rates of 56.27% and 50.50% respectively.

Government funding is good and bad, and in Israel, we’ve seen funding fluctuate based on the economy. Public funds can provide 70% of the country’s budget for higher education. It’s less of a burden for students to seek out higher education than in the United States, where the average student ends up with over $39,000 in debt.

I also believe, and this is just my opinion, that the compulsory military service has a lot to do with Israeli students seeking out higher education. Those two years allow for growth, and most Israeli students are over the age of 21.

But in the United States, I saw many 18- and 19-year-old students with no clue about what they wanted in life. Many switched majors multiple times, and more often than not, these individuals were told to go to college because “it’s the thing to do.”

These individuals, many which have learned discipline in the military, are allowed to grow. It’s not a rush to go from high school to University. And when Israelis are done with their military service, they’re opting for degrees that are career-oriented. You’ll find over 50% of Israelis between the age of 20 and 24 are enrolled in higher education.

I think for any young person, jumping right into higher education is difficult, scary and often too soon. There’s a lot to consider, and many of the people I went to school with didn’t end up using their degrees.

Israel’s military service and low education costs are what I believe is helping the country move up in the education ranks.