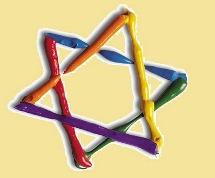 In an unprecedented move, Israel has announced that it is prepared to recognize Reform and Conservative community leaders as rabbis and fund their salaries.

Rabbis belonging to either stream will be classified as "rabbis of non-Orthodox communities." The attorney general advised the High Court that the state will begin equally financing non-Orthodox rabbis in regional councils and farming communities that are interested in doing so.

The state's answer comes in response to a petition that was made in 2005 by the Israel Movement for Reform and Progressive Judaism, in the name of the Reform community at Kibbutz Gezer and Rabbi Miri Gold, who demanded equal financing of non-Orthodox religious services to those of the Orthodox via the municipal authority. The petitioners demanded the regional council be allowed to finance the salary of the community leader in the same way that hundreds of regional councils, neighborhoods and communities across the country do so for male Orthodox rabbis they employ.

The State held that the deal on Reform and Conservative rabbis will not be made via the religious council and will not be done via direct employment by the local authorities, rather via financial assistance. The Reform movement agreed to this. Financing will be the responsibility of the Culture and Sports Ministry and not the Religious Services Ministry.

The decision is currently limited to regional councils and farming communities, and does not extend to large cities. It was also written that those listed under the new title will not have any authority over religious and halakhic matters. So far, the State has committed to financially supporting 15 non-Orthodox rabbis. The Supreme Court is supposed to present a decision on the petition soon.

The Reform movement said that "this declaration by the state constitutes a precedential and historical achievement of the non-Orthodox movements and the wide public they serve, who have until now suffered from financial discrimination by the religious services."

The head of Israel's Reform movement, Rabbi Gilad Kariv, said "the state's decision to support the activities of Reform rabbis in regional councils, while clearly acknowledging their roles as rabbis, is an important breakthrough in the efforts to advance freedom of religion in Israel. This is the first, but significant, step toward comparing the status of all streams of Judaism in Israel and we hope the state will indeed ensure the court's commitments are fully applied."

"We expect that the state's agreement to recognize the community activities of Reform rabbis will lead to additional steps that will annul the deep discrimination of non-Orthodox streams in Israel," Kariv continued. Following the announcement, Religious Services Minister Yaakov Margi (Shas) said that if he is forced to pay the salaries of non-Orthodox rabbis, he will request permission from Shas spiritual leader Rabbi Ovadia Yosef to immediately retire from his position.

Opposition leader Shelly Yacimovich (Labor) welcomed the move, describing it as an important turning point in the relationship between the State and all streams of Judaism in Israel and around the world.

MK Nitzan Horowitz (Meretz), praised the announcement by the attorney general, calling it a "significant step in the challenge for pluralism and freedom of religion", and accused the ultra-Orthodox of hijacking Judaism in Israel to use it as a political tool to create countless jobs.

The head of the Rabbinical Assembly of the Conservative Movement Rabbi Julie Schonfeld said, “This is a historic day for Israelis and Jews around the world,” while Rabbinical Assembly president Gerald Skolnik, said he hopes the decision would invite new spiritual and Jewish opportunities that “will strengthen Israel, and bring Israelis to a new appreciation of Jewish tradition.”