Israel - one of the leading countries in the cyber field 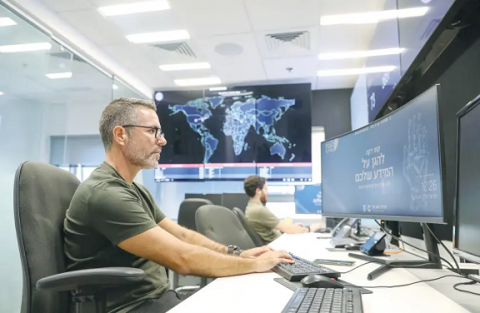 Forty percent of all private financial input into cyber technology and companies is invested in Israel, a new book co-written by founder of the Israel’s National Cyber Directorate has revealed. Cybermania was co-authored by Prof. Eviatar Matania from Tel Aviv University and veteran journalist Amir Rapaport. It tells how Israel became one of the leading countries in the cyber field, and among the first countries in the world to recognize the scale and importance of the cyber revolution.

“In cyber… Israel is a global powerhouse in absolute numbers,” said Matania, who is also an adjunct professor at Oxford University’s Blavatnik School of Government. “Forty percent of all private investments in the world in cyber reach Israel, and every third Unicorn company is Israeli. Today, cyber accounts for 15% of Israeli hi-tech exports, which is about half of the total exports of the State of Israel, and it will only grow.

“These are amazing numbers, but they do not show the whole picture. After all, there are metrics that cannot be measured, such as defense capabilities. Within a decade, Israel has become a very significant player in the new cyber-security and cyber-economy arena,” he added.

Matania established and served as the head of the National Cyber Directorate between 2012 and 2018, reporting directly to the prime minister. “The tipping point of Israel’s journey to become a cyber-power was a visit by then prime minister Benjamin Netanyahu to Unit 8200 in 2010,” Matania recalled. “Netanyahu was astonished by what he heard from the soldiers. He understood that the new world of cyber posed an extraordinary risk to Israel, as the country would be vulnerable to attacks from anywhere in the world.”

“The national cyber system that I headed was the first of its kind in the world,” Matania continued.  “There was an in-depth government understanding that in order to build a world-leading national ecosystem, it was not enough to wait for the free market to do its thing. Large budgets were invested in academia and industry and in building dedicated cyber defense capabilities.”

According to Matania, Israel’s cyber capabilities – in the private market, the government and the defense establishment – help the country leverage its diplomatic and political power as well. “When Israel signs a cyber-defense alliance with Cyprus and Greece, it does not necessarily need Cyprus or Greece to upgrade its cyber defense – but in return, for defense, we get payback in other areas. Israel has become synonymous with cyber, so much so that today, we are relying on cyber in the international arena,” he explained.