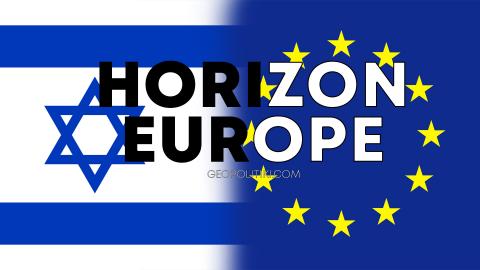 Israel and the European Union have finalized their agreement for Jerusalem to join the EU’s largest research and innovation program, the Foreign Ministry announced on Tuesday. Formal talks on the Horizon Europe program, which will allocate 95.5 billion euros ($111 billion) in grants from 2021 to 2027, concluded on October 9. The agreement is slated to be signed in December after both sides complete their internal ratification processes.

The deal over Israel’s participation in the previous European research partnership program was initially held up over EU guidelines on funding for programs and companies in the Israeli settlements in the West Bank. The sides eventually agreed that a clause would be added to the Horizon 2020 pact stating that Israel does not accept the EU’s definition of territory beyond the 1967 lines.

The current Horizon Europe agreement will follow the same formula, the Foreign Ministry spokesman told The Times of Israel. However, the talks, which were expected to be wrapped up months ago, were held up over a number of other issues.

The fact that three of the countries that received the most research funding from Horizon 2020 — Israel, the UK, and Switzerland — are not in the EU led to changes in the financial arrangements with EU-associated non-member states like Israel.

Switzerland is not participating in Horizon Europe at all, and EU negotiators took a tougher line with the UK after Brexit, which meant that Israel would have to agree to a similar, less favorable agreement. One of the terms is that once an associated country receives eight percent more in funds than it contributed, it will have to begin contributing back into the program the amount of any further funding its researchers are granted.

Israel is expected to pay at least €2.5 billion into the program, according to Maya Sion-Tzidkiyahu, director of the program on Israel-Europe relations at Mitvim foreign policy think tank. In Horizon 2020, Israel received €360 million more than it contributed, she said, and is expected to be in a similar situation over the next six years, assuming its researchers continue to be successful in winning research grants.

However, Sion-Tzidkiyahu stressed, the direct balance between Israel’s investment and monetary return does not capture the program’s strategic importance for Israel: “The added value of joining the program is crucial for Israel’s economy, and in the case of quantum computing, we can also talk about national security. The monetary return is a bonus, not the goal.”

The other complication in the talks revolved around access to quantum computing and space projects. The EU’s goal of “strategic autonomy” has made members reluctant to cooperate with non-member states — including Israel — on sensitive research areas.

After intensive negotiations, the EU allowed Israel to participate in quantum computing research — with certain caveats on intellectual property and more — but the space arrangement has still not been worked out. New space research tenders will be issued in 2023, and Israel is expected to be allowed to bid by then. Though the negotiations dragged on, Israeli researchers have been allowed to bid on research tenders that have come out this year.

Foreign Minister Yair Lapid said that joining the Horizon program “situates Israel as a central player in the largest and most important R&D program in the world.” He added that the agreement is part of “the statecraft of connections, by drawing closer not only to the EU, but also to the European countries, and by connecting the science and technology sector in Israel with its counterparts on the continent.”

The EU said in a statement: “In return to giving Israel access to a vast international research network, the European Research Area has benefited from Israel’s high levels of excellence as a well as outstanding innovation capacity.” The EU noted that joint projects with Israel have led to breakthroughs in climate change, public health, and safe transportation. “Israel joining the program expresses the importance Israel places on investment in and support for R&D as a key to future economic growth,” said Finance Minister Avigdor Liberman.

Yael Ravia-Zadok, the head of the Foreign Ministry’s Economic Diplomacy Divison, said the agreement is “a European show of trust in the cruciality of Israeli science, technology and innovation.”

A Mitvim survey taken this year found that a full 47% of Israelis oppose participating in EU programs that exclude settlements — like Horizon Europe —  while only 35% support participation.

The year-long talks between Israel and the EU were led by the Foreign Ministry, along with the Israel Innovation Authority’s Israel-Europe R&D Directorate, the Finance Ministry, the Justice Ministry, the Science and Technology Ministry, and the Council for Higher Education.

Israel has been a partner in the EU’s research and innovation framework programs since 1996, when it joined the EU’s fourth research program, and was the first non-European country to join it. In total, €1.098 billion were allocated to Israeli projects and firms in Horizon 2020.

The program has enabled Israeli companies, researchers, and innovators to gain access to European partners, to integrate into an extensive infrastructure of European research, and participate in flagship projects, including in the fields of quantum technologies, graphene and brain research.