Israel invited to emergency summit to increase aid to Ukraine 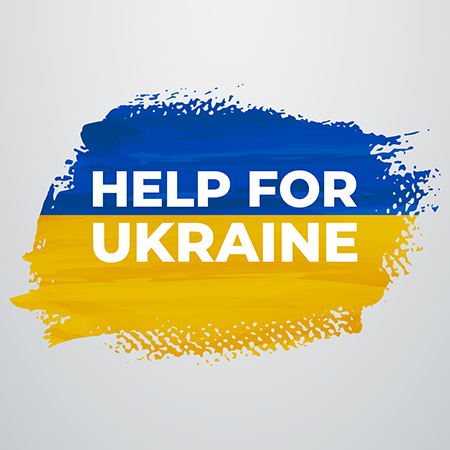 Israel received an official invitation from the U.S. to take part in an emergency summit to discuss increasing security assistance from the international community to Ukraine in light of the ongoing war with Russia. U.S. Defense Secretary Lloyd Austin, who is organizing the meeting to be held this week in Germany, sent the invitation to his Israeli counterpart Defense Minister Benny Gantz.

Gantz may not be able to participate in the summit however, which 40 countries were invited to, due to conflicting events for Holocaust Memorial Day beginning on Thursday. Another senior Defense Ministry or Israel Defense Forces official may be sent in his place. The Defense Ministry has not yet decided who will head the Israeli delegation.

Austin traveled with U.S. Secretary of State Antony Blinken to Kyiv on Sunday for talks with Ukrainian President Volodymyr Zelenskyy over his call for more powerful weapons needed to repel Russia's invasion two months after it began.

"Tomorrow we will discuss this exact list of weapons that are essential for us and the pace of deliveries," Zelenskyy told a dramatic Saturday evening news conference in an underground metro station, adding that Ukraine wants the U.S. to agree to be one of its security guarantors.

In recent months, Zelenskyy and other senior Ukrainian figures have criticized Israel for failing to provide defensive equipment and weapons to help Ukraine fight Russian troops. Zelenskyy addressed the Knesset last month on Zoom, saying in a critique of Israel's response, “We can ask why we can’t receive weapons from you, why Israel has not imposed powerful sanctions on Russia or is not putting pressure on Russian business.”

Israel announced recently that it was sending a shipment of protective vests and helmets to Ukraine, in an apparent boost and acceleration of aid in light of the criticism and the dissatisfaction of the Biden administration over the matter. Israel has thus far offered defensive and humanitarian assistance and refrained from providing assault weaponry to Ukraine.

Russia, for its part, is not pleased with Israel joining the international chorus of condemnation of its actions in Ukraine, and the Foreign Ministry in Moscow recently criticized Israel’s attacks in Syria and its conduct in the Palestinian arena.