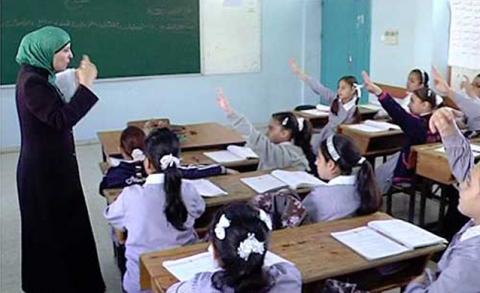 According to the Education Ministry, the five-year plan seeks to “improve the quality of education in east Jerusalem, with an emphasis on encouraging the study of the Israeli curriculum in schools.” “The aim is to improve the quality of life and the environment of the residents of Arab neighborhoods of Jerusalem and to strengthen the integration of east Jerusalem residents into Israeli society and economy, thus strengthening the economic and social resilience of the entire capital,” the ministry said.

The education plans for east Jerusalem include a gradual increase in first-grade classes that will study the Israeli curriculum, with a focus on English and math. Only 7% of first-grade students in east Jerusalem currently study it, as the majority study the Palestinian curriculum. Fifteen classes will be added in the first year, 18 in the second, 21 in the third, 24 in the fourth and 27 classes in the fifth year.

Elkin praised the proposal as “significant” and “dramatic,” adding that it would “influence the future of youth in the Arab neighborhoods in Jerusalem and their integration into Israeli society in the long term.” “If today only 7% of [Arab] first graders study the Israeli curriculum, we’ve set goals that in five years 36% of [Arab] first graders will study the Israeli curriculum,” he said. “At the same time, the plan sets a two-fold increase in those eligible for matriculation [certificates] in the Israeli curriculum. I believe that sovereignty is equal to governability and responsibility, and this should be expressed in the field of education.”

To accomplish these goals, the cabinet approved the establishment of an interministerial committee to present a working plan within 30 days, which will focus on economic integration and include specific goals, central tasks and timetables for meeting the targets laid out in the five-year plan.