Israel has learned to value and defend its democracy 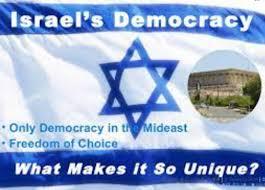 On January 6 this year, Yosef Grif was watching, like so many around the world, the scenes on television as thousands of Trump supporters stormed the Capitol, trying to prevent the verification of the Joe Biden’s election as U.S. president.

In a retirement interview a couple of weeks ago, Grif, a 32-year veteran of the Knesset Guard and, for the past 12 years, its commander, said that "Of course after the events at the Capitol, we prepared and did everything we needed to be ready." This included "writing guidelines and purchasing equipment so we would be ready for such a scenario."

Back in January, in the aftermath of what had happened in Washington D.C., a similar occurrence in Jerusalem didn’t seem unimaginable.

After all, here as well there was an autocratic-minded prime minister, opposed by a majority of the voters, who had dragged Israel to three additional elections when failing to win. He didn’t have a majority but he claimed to have the backing of "the people," was supported by a minority cult who worship him.

He had repeatedly called legitimate attempts to unseat him "a coup" and already broken every rule to try and cling on to power. Some of Benjamin Netanyahu’s diehard fans were muttering that they would stop anyone "opposing the will of the people."

But when the time came on June 13, none of them turned up outside the Knesset's Palombo Gate.

In fact, at three minutes to nine in the evening, when the Knesset vote of confidence in Naftali Bennett’s new government ended with 60-59 in favor, Netanyahu did actually walk back to the prime minister’s front bench seat. But the by-then former Knesset speaker Yariv Levin tapped on his shoulder, and Netanyahu got up and moved a few steps away, to the leader of the opposition’s chair, where Yair Lapid, who hadn’t even finished collecting his papers, moved down to the government seats.

And just like that, power in Israel changed hands.

As the world saw in the United States at the beginning of 2021, an orderly transition of power isn’t something to be taken for granted, even in the greatest of democracies. So the fact that five months later it took place smoothly in the rather fragile and limited Israeli democracy, just as it had in the past every time a ruling party lost an election, was no given either.

Especially when, in this case, Netanyahu did so with absolutely no grace whatsoever, refusing to attend the customary handover ceremony with Bennett, accusing him of having perpetrated the "biggest election fraud of the century," and clinging on to the trappings of office: the official residence and the cars and bodyguards for his family, for as long as he could.

Netanyahu spends his days now inciting his followers against the legally elected government. But at least the basic requirement for a functioning democracy, that the results of an election be respected and a government representing a majority of the voters be allowed to take office, was finally upheld. That was Israel’s greatest achievement in 2021.

On the day he was sworn in as prime minister, during his inaugural speech, Bennett responded to the heckling from Netanyahu’s supporters: "Our forefathers couldn’t have imagined we would be arguing in a sovereign parliament. I’m proud of this." And he was right. None of our forefathers were democrats.

Of course, an elected parliament is not the only requirement for a functioning democracy. Israel has still a long way to go to achieve that. It is barely democracy in its pre-1967 borders. Beyond those, in the West Bank, it remains a military dictatorship, ruling over millions of stateless Palestinians.

But underneath that mountain of caveats, Israeli democracy managed to ensure its own survival this year, against considerable odds. Looking back at 2021, it was a remarkable display of resilience. The government changed, without the need for a revolution or a coup, and the former leader who would have continued ruling for as long as he could is facing charges of bribery and fraud in the Jerusalem District Court.

For all the criticism of Israeli democracy, much of it justified, though by no means all, it doesn’t get enough credit for having accomplished this. This year was the tenth time a new prime minister peacefully replaced an incumbent from a different party in Israel’s 73 years of existence. None of the 140 countries that gained independence after the Second World War have a comparable record.

Israel did this despite having to repeatedly fight for its survival, and without any democracies in the region to learn from, and yes, while it remains the most awful cliché, following events in Tunisia this year, it is once again the only democracy in the Middle East.