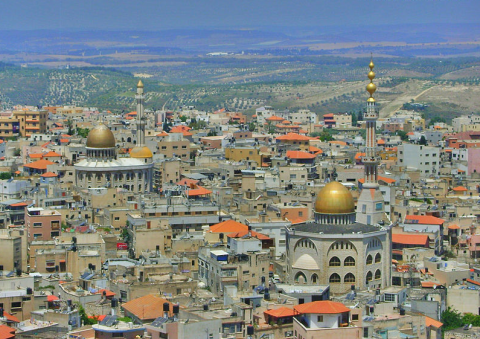 Program aims to reverse years of neglect and reduce gaps between Jewish and Arab communities with investment in education, transportation, infrastructure, connectivity and social welfare.

The government approved late Sunday a NIS 30 billion plan for economic and social development of the country's Arab sector as it is being plagued by a violent crime wave. The five-year plan aims to reduce years of neglect in the sector and includes an influx of funds for health, social welfare, senior citizens, youth and family farms. It also includes investment in infrastructure including the spread of fiberoptic cables to improve connectivity.

Specific teams were established in order to provide solutions for unemployment and high-tech, and to decide on steps to strengthen local government. The government plan also allocates funding for Arab population in the mixed Arab and Jewish cities where racial riots broke out last May.

"After extensive work carried out by the relevant ministries, local authorities, social sector groups and research institutes, a comprehensive program was put forth to reduce inequalities and bring prosperity to the Arab sector," a statement issued after the cabinet meeting, read.

Some NIS 9.4, nearly one third of the budget, was allotted for education and NIS 3 billion in favor of transportation needs, seen as vital in order to improve job opportunities. Housing will receive NIS 2.8 billion and local government will be given NIS 1.7. Some NIS 1.4 will be devoted to increasing opportunities for employment and NIS 1.05 will go towards bolstering culture and sports in the sector.

High-tech health and social services will be given NIS 600 million, environment will get NIS 500 million, NIS 85 will be devoted to security and NIS 65 will go to improving digital communication.

Social Equality Meirav Cohen Minister said the historic program was a result of months of hard work. "I believe this program will provide many Israelis with hope that the violence in the Arab sector will be reduced," Cohen said. "It is not enough to fight crime through policing and the courts. There must be opportunity for the local youth, and better opportunities available to them, than a life of crime," she said.

MK Mansour Abbas, leader of the Islamist Ra'am party, said the government's program is no less than historic and could bring real change to Arab society. "This will not erase years of neglect but will go a long way to close the gaps between Jewish and Arab sectors," he said.

That program set as its goal to take apart organized crime organizations and cut off the funding to them. The program also aims to reduce the number of illegal weapons on Arab streets and to bolster the personal security of Arab citizens.

The plan hopes to see increased cooperation with local representatives and improve trust in law authorities. The plan will be executed in parallel to the emergency initiative advanced by the Public Security Ministry to fight the crime wave and will include the installment of security cameras in mixed cities that could improve policing there as well as legislative proposals to fight extortion by criminal gangs.

Police will add forces in the Arab sector, employ Border Police troops inside the Arab communities and use advanced technological means to fight crime.

Prime Minister Naftali Bennett said that fighting the crime wave in the Arab sector is a national mission shared by the government and the Arab citizenry. "The government will do its part, but Arab citizens must also participate in the fight," Bennett said. "This will not be easy, but we must succeed," he said.