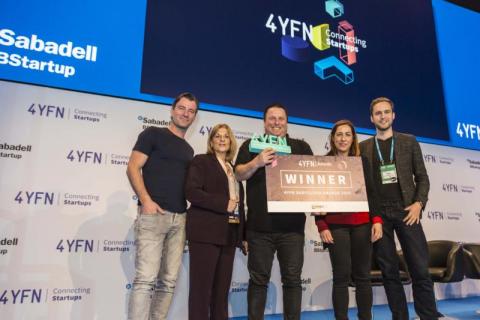 Israel-based NanoLock Security won the GSMA’s Four Years From Now (4YFN) competition in Barcelona this week for the company’s low-cost security and management platform for connected edge and IoT devices.

Starting from the time of initial provisioning through every firmware over-the air-update to end of life, the technology sits in each device’s embedded memory.  When a security breach happens, or device code is maliciously manipulated, NanoLock identifies and blocks the code change and immediately alerts the system manager without alerting the attacker.

This week NanoLock also announced partnerships with Micron and Cypress for IoT device security and management from the flash memory to the cloud. GSMA’s 4YFN conference runs alongside MWC and this year had more than 23,000 attendees and 600 startups participating. NanoLock was the winner out of five finalists.

“Convening and recognizing creative innovation is the essence of the 4YFN event and NanoLock Securities proved to be the rightful winner of the Startup of the Year Award,” said Pere Duran, 4YFN Event Director, GSMA. “On behalf of the GSMA, I would like to thank our sponsors, partners and participating companies for making this 4YFN Barcelona our biggest and best yet.”

The other finalists included:

- Carfit, a French startup providing technology based on Artificial Intelligence and reads car vibrations to support and facilitate maintenance.

-  Scoot Networks, maker of an application that provides shared electric vehicles on demand. The company owns different types of vehicles, including bicycles and motorcycles.