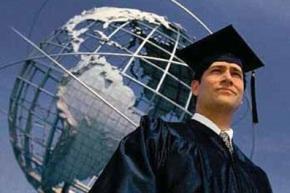 The number of globally mobile students has nearly doubled over the past 10 years, from 2.1 million in 2001 to 4.1 million in 2011. According to Open Doors 2012: Report on International Educational Exchange, the United States hosted 764,795 international students in 2011/12, an increase of 3.7 percent from the previous year. International students in the United States now make up 19 percent of the world’s globally mobile students, and as university campus enrollments grow, so does the proportion of students enrolling in them from abroad. The number of US students studying abroad reached 273,996 in 2010/11, an increase of 1.3 percent over the prior year and an increase of 78 percent over the past 10 years.

In 2011/12, the number of Indian students decreased by 3.5 percent, following a decrease of 1.0 percent in 2010/11. The decline in the number of Indian students is likely due to the expansion of India’s domestic higher education sector, a growing Indian economy that provides job opportunities for graduates, and a significant devaluation of the Indian Rupee. Other declines were seen in numbers of students from Taiwan (6.3%), Japan (6.2%), Canada (2.6%), and South Korea (1.4%).

This year’s Open Doors data reflect some notable shifts in enrollment patterns of international students by academic level. For the first time since 2000/01, the number of undergraduate students surpassed graduate enrollments, driven by large increases in undergraduates from China. The number of Chinese undergraduates in the United States reached 74,516 in 2011/12, a 30.8 percent increase over the previous year. A striking increase in nondegree study was seen in the number of students from Saudi Arabia, which increased by 95 percent over the previous year, reaching 13,214 students. The majority of these students were enrolled in Intensive English Programs, which portends continued growth in Saudi degree-seeking students, as some current nondegree students are likely to remain in the United States for undergraduate study.

In 2010/11, 273,996 US students studied abroad for academic credit. The rate of growth of US students studying abroad slowed in 2010/11, increasing 1.3 percent, compared to a 3.9 percent growth reported in the prior year. Events in several host countries resulted in many study-abroad programs being cancelled, contributing to declines in certain key destinations. The tsunami in Japan in March 2011 contributed to a 33 percent decrease in US students, while a US State Department warning on travel to Mexico resulted in a 42 percent drop of US students studying there. The Arab Spring in 2011 likely impacted study abroad to North Africa, most notably Egypt, which experienced a 43 percent decline in US study-abroad students. During the same period, other countries in Asia and Latin America experienced large increases, including Costa Rica (15.5%), Brazil (12.5%), and South Korea (16.4%). Over the past 20 years there has been increasing diversification in studyabroad destinations. In 1989/90, 76.7 percent of students studied abroad in Europe, while in 2010/11 just over half of students (54.6%) selected European destinations. English-speaking countries received just 21 percent of US students studying abroad in 2010/11, while many non-Anglophone countries experienced increases in US students studying abroad, including China (4.9% increase), India (11.9% increase), and Israel (9.4% increase). These trends suggest that US students are increasingly seeking destinations that offer linguistic and cultural diversity.

The growth of international students in the United States results from both push and pull factors that entice students to select that country as their preferred study destination. The quality, variety, capacity, and accessibility of American universities are compelling factors that make the United States an attractive destination for international students. This is certainly the case with students from China who, as the result of increasing family incomes and growing demands for higher education, are becoming more and more globally mobile.

Likewise, students from Iran are increasingly enrolling in US institutions, despite the visa restrictions and financial barriers they face. However, market-based explanations for international student flows do not entirely tell what is driving the growth of student mobility into the United States. Government initiatives to send students abroad to strengthen academic skills and expand cultural knowledge can have a significant impact on the flow of international students, as evidenced by the rise in Saudi students—which was precipitated by the launch of the King Abdullah Scholarship Program in 2005. US study abroad is likewise impacted by a combination of market forces and government initiatives.

While the growth in US students selecting nontraditional destinations is in part student driven, the increasing diversity of study destinations is also impacted by US government initiatives—like the Benjamin A. Gilman International Scholarship, which encourages students to select nontraditional destinations, and the “100,000 Strong” Initiative for China, which promotes education abroad in China. Increasing student demand for education abroad means that international student mobility will continue to grow, but the impact of recent government programs demonstrates that policy initiatives can also be powerful tools to increase international mobility and to steer students toward countries of interest.

Authors' note: The Institute of International Education has published Open Doors, an annual statistical survey of student mobility into and out of the United States since 1919, and has received support from the Bureau of Educational and Cultural Affairs of the US Department of State since the early 1970s. The opinions expressed in this article are entirely those of the authors.
More information on Open Doors is available at http://www.iie.org/opendoors.