Intel plans to invest millions to expand its facilities in Israel 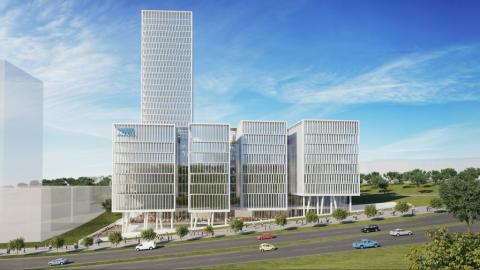 Intel continues to expand its significant presence in Israel. Following the global computing giant’s announcement last week that it would build a $200 million campus in Haifa, Intel Global CEO Pat Gelsinger said the company will invest $400 million to turn its Jerusalem Mobileye unit into an R&D campus for developing self-driving car technologies.

Visiting Israel for one day as part of a European tour, Gelsinger also said that Intel will invest a total of $10 billion to expand its Kiryat Gat factory, which is already manufacturing at 10-nanometer technology, to provide additional capacity and capability. The first phase of that project has already begun, Intel noted.

“I’ve been visiting Israel for four decades and it’s been amazing to see our growth from just 4 employees in 1974 to over 14,000 employees now,” Gelsinger said. “Intel Israel is a microcosm of our global company with investments and innovation across research, development and manufacturing at scale in one location,” Pat Gelsinger said. “Our continued investment to extend our existing R&D facilities and increase our manufacturing capacity in our Israel, coupled with our acquisitions of Mobileye, the global leader in driving assistance and self-driving solutions, Moovit smart-transit and Habana Labs for leadership AI, promise a vibrant future for Intel and Israel for decades to come,” Gelsinger added.

Intel’s investment will significantly extend existing R&D facilities and increase manufacturing capacity, ultimately supporting a new era of innovation, manufacturing, and product leadership, the company said. Last week, Intel said it would look to hire 1,000 new employees by the end of 2021 as part of the expansion.

Intel’s new Haifa campus, which will include thousands of square meters of sports areas and green nature areas, will be built next to its current R&D building in Haifa, and will be known as IDC12. That will turn the Haifa site into a mega chip design campus with a capacity of 6,000 employees, the company said.

Intel also said that Mobileye, which it acquired in 2017 for $15.3 billion in the largest Israeli acquisition ever, has more than tripled in size and revenues since the acquisition, and is a major growth business that will be a key part of Intel’s future. On his trip, Gelsinger visited the site of Mobileye’s new headquarters which, when completed in October 2022, will be ready to host up to 2,700 employees in 128,000 square meters. Plans for that building, designed by architect Moshe Tzur for NIS 947,000, include a pool, spa, gym and one-of-a-kind auditorium.

Israel is one of Intel’s global R&D and manufacturing hubs, with wafer fabrication plants, computing, communications and AI R&D teams across Israel and the headquarters of Mobileye in Jerusalem. The company is the largest employer in Israel, with 14,000 employees. In addition to its subsidiaries Mobileye, Moovit and Habana Labs, the company has major development centers located in Haifa, Petah Tikva and Jerusalem, and an advanced chip manufacturing plant in Kiryat Gat.