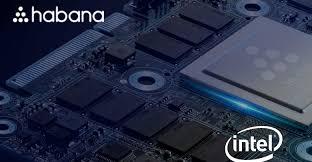 US tech giant Intel Corp. has signed a deal to acquire Israeli startup Habana Labs, a Caesarea-based chip maker, for $2 billion, the company announced on Monday. The deal marks Intel’s second-largest acquisition in Israel after the US firm bought Mobileye, a maker of autonomous car technologies, in 2017. Last year, Intel Capital, the investment arm of the US firm, invested in Habana Labs, a maker of artificial intelligence-based processors and chips, as part of a $75 million series B funding round for the startup.

The Israeli firm has raised some $120 million to date, according to Start-Up Nation Central, which tracks Israel’s tech industry. Habana Labs, founded in 2016 by David Dahan and Ran Halutz, uses artificial intelligence to improve the processing performance and power consumption of chips and lower the costs of producing them. The processors are aimed at the specific needs of training deep neural networks.

The startup’s first processor, Goya, is already being sold to customers worldwide, and the firm in June this year introduced its Gaudi AI training processor solution. The company designs the chips and outsources their manufacturing. It has offices in Tel Aviv and San Jose, California; Beijing, China; and Gdansk, Poland; and employs 150 people worldwide, according to company data.

Despite the acquisition, the Israeli startup will continue to operate independently and keep its local offices open, according to a statement from Intel.

“We have been fortunate to get to know and collaborate with Intel given its investment in Habana, and we’re thrilled to be officially joining the team,” said David Dahan, CEO of Habana, in a statement. “Intel has created a world-class AI team and capability. We are excited to partner with Intel to accelerate and scale our business. Together, we will deliver our customers more AI innovation, faster.”