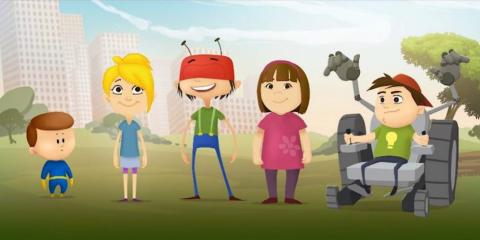 The reform in the education of special-needs kids aims to integrate these children into regular schools, but experts say no real preparations have been made for getting this done, even though implementation has already begun.

“For this to work there have to be some organizational changes at the schools. Learning has to be differential, adapted to different kinds of students,” said S., an educational psychologist who knows the system well. “Many more resources must be allocated to training teachers so they’re able to integrate children with special needs into their classes. That’s not the case now.”

According to S., whereas in elementary school it may be easier to integrate these children, “in junior and senior high schools it’s almost impossible. The system is geared to preparing students for matriculation exams, basically preparing them for university. This doesn’t go well with inclusion.”

Implementation has begun in recent months and is due to be completed in the north at the beginning of the coming school year. It would then be applied across the country. The highlight of the reform, approved by the Knesset in 2018 despite sharp public criticism, is the decision that parents will now decide whether their child attends a regular school or one for children with special needs. Previously, professional committees made the decision. Committee members have told Haaretz that several flaws have not been addressed, with severely handicapped children not receiving adequate solutions.

One problem with the new arrangement is the low number of hours of assistance for children suffering from common problems whose parents have chosen to place them in schools for special-needs children. These kids, who have attention-deficit disorders, learning disabilities, emotional problems or borderline IQs, will be entitled to only 2.2 hours of personal attention a week, and in cases of higher functioning, not even that.

According to a new report by the Knesset Research and Information Center, 260,000 children in Israel are defined as special-needs kids, with the number growing annually. Half of these children have rarer problems such as autism, severe mental health issues, physical disabilities or mental limitations, as well as hearing or eyesight impairments. Around 60 percent of these children attend regular schools, while the rest attend schools designated for them.

Children with learning problems, the majority of them diagnosed as having a disability, are best-suited for regular classes. They’re the ones most affected by budgetary shortfalls and receive the least assistance, even though they’re entitled to funds allotted to schools for providing extra help. But school budgets are insufficient, partly due to the rising numbers of special-needs children who attend regular classes, rather than better-funded classes designated for them.

The Education Ministry says schools in the pilot program have received funding for extra hours for these children, as well as for training principals and supervisors in special education. A booklet has also prepared for teachers, and teachers’ colleges are now preparing all their students for working with special-needs kids.

Shoshana Kertz from Afula has four children, all designated as having special needs. A son going into eighth grade has behavioral problems, a severe attention-deficit disorder and verbal difficulties. He is under psychiatric observation and has significant social-interaction problems. Still, he has been allocated only 2.2 hours of assistance a week. “This isn’t a tailor-made solution,” said Kertz, a member of the ultra-Orthodox community. “With all these problems, is that all he gets? It’s nothing. We showed the committee his psychiatric report and his list of medications describing all his difficulties over the years. It’s unreasonable that this is all the help he’ll get.”

Kertz’s son was offered a spot in a school for special-needs children where he would receive much more support, but Afula has no such school for the ultra-Orthodox community. “I have no suitable school and no choice but to leave him in a regular class,” she said. “The committee told me to hope he’s defined as autistic so they can allocate more hours. We went for a diagnosis and, thank God, he’s not autistic. But he has so many other problems; how can he only get 2.2 hours?”

The Education Ministry acknowledges that the number of hours allotted to such children is low but says the number is higher than it was previously, when no extra help was given in regular classes. Schools sometimes offered limited extra help, using funds from their own budgets.

One part of the reform is a questionnaire designed to determine a child’s abilities, filled out by the teachers of children who are candidates for receiving extra assistance. The answers to 180 questions produce a score that reflects a child’s functioning. “This questionnaire is a disaster,” said another source. “If you have an intelligent child who has control issues, who manages social situations at a basic level but doesn’t completely understand them, he wouldn’t get assistance based on answers supplied by his kindergarten teacher. The nuances of a disability aren’t covered by these questions – they only address overall function.”

As this source put it, “This child is at risk. Without help the gaps will grow, he’ll have outbursts and his condition will deteriorate. He needs occupational therapy and a communications clinician.” The ministry says the questionnaire was scientifically validated but will reevaluated in the coming year.

As part of the reform, committees are in place to determine eligibility and the extent of assistance and resources allotted to eligible children. But now, instead of the committee’s head coming from a local authority, he or is a professional from the Education Ministry. Dozens of positions have been added for this purpose. According to one committee member, this has reduced tensions between local authorities and the ministry.

Other professional committee members, including educational psychologists, have not received extra hours or reinforcements despite the increased workload deriving from the new committee structure. Discussions on each child now take an hour, not 20 minutes as before. Previously, children with aides were not discussed by these committees, but by school committees.

Now, such children are discussed by the professional committees, as well as by school committees that determine how to use the extra hours allocated. The latter also require the presence of a psychologist, thereby tripling the work of psychologists. “Psychologists are operating under an outdated schedule that doesn’t reflect the changes in the definition of their professional role,” said a position paper by a group of organizations devoted to public-oriented psychology.

The Education Ministry says it will try to reduce the psychologists’ workload. The Knesset Education, Culture and Sports Committee is due to discuss the reform and its implementation this week. “The law was amended with good intentions by the last Knesset because the situation had to change,” said the chairman of the committee, MK Yaakov Margi (Shas).

“Parents of these children demanded changes, and rightly so, and the ministry sought more effective professional tools. It’s important that the pilot project succeeds and serves as an example for other districts. If more legislative changes are required after the pilot, we’ll bring them to the committee.”