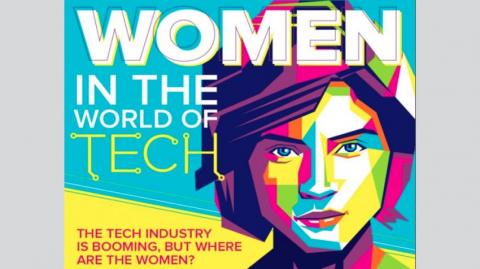 The Israel Innovation Authority has set out to double the number of women entrepreneurs it backs over the next two years, and has approved an incentives program to provide increased support of startup initiatives led by women.The aim of the decision is to make a “significant step” toward narrowing the gender gap and increasing the number of female entrepreneurs in the Israeli innovation ecosystem, the authority said in a statement.

Under the new plan, women-led start-ups — which means that women hold at least 33 percent ownership and a managerial or technological role in the company — will be eligible for research and development grants of up to 75% of the company’s R&D funding in the first year of the program, and 70% of funding in the second year, with a budget cap of up to NIS 2.5 million ($690,000) in the first year and NIS 4.5 million ($1.24 million) in the second year.

In addition to the grants, the Innovation Authority plans to set up a dedicated support program for women to enable them to access all of the tools that the authority makes available to fledgling entrepreneurs, including helping them overcome funding challenges and create networking opportunities with potential investors.

As Israel faces an annual shortage of some 15,000 skilled workers — engineers and programmers —  the nation is tapping into populations, including women, Arab Israelis and ultra-Orthodox sectors, who have been left largely sidelined by the tech boom.

According to research cited by the authority, only 8% of Israeli startups are led by women — similar to much of the Western world. The percentage of applications submitted by female entrepreneurs in 2017-2018 to the Israel Innovation Authority’s Early Stage Incentive Program was about 10% of total applications.

“The designated incentive program for women-led ventures is a tool aimed at fulfilling the inherent potential for technological innovation in all segments of Israeli society,” the authority said in the statement.

The program is designed for early stage companies, and is similar to other programs the authority runs for other under-represented populations in the tech industry, such as those for the ultra-Orthodox or minorities.