How to make a Hebrew international Jewish language 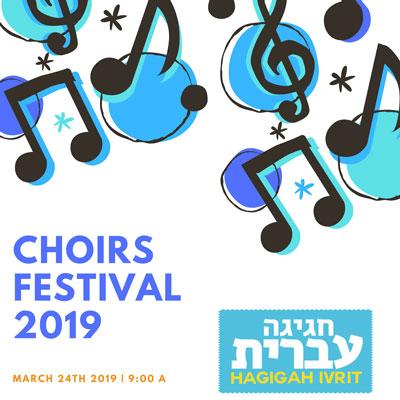 The Council for Hebrew Language and Culture is launching “Hagigah Ivrit,” a festival aimed at promoting Hebrew as the international Jewish language. The festival will use art and educational events to immerse a broad range of Jewish audiences in the Hebrew language and encourage Jews in the Diaspora to learn Hebrew and use it as a worldwide Jewish connection.

The main event of the “Hagigah Ivrit” festival will be “The Hebrew Choir Festival 2019” on March 24 at the 92nd street Y in New York, in which Jewish day schools and Hebrew charter schools will perform Hebrew songs. The festival will be honoring Arik Einstein, who heavily influenced Israeli music for many years. Each school will perform one of Einstein’s songs.

Another event planned for the Hebrew celebration is the Keshet Circus. The circus will engage with young audiences through Hebrew language and Israeli children’s stories. Children are encouraged to dress in costumes to participate in the event.

Israeli musicians, including Ehud Banai and more contemporary performers, such as Gili Yalo and the Anbessa Orchestra, will perform throughout the country during the festival. An Israeli film festival will take place during “Hagigah Ivrit” and Israeli films will also be screened, including Isha Ovedet (Working Woman).

The festival will also feature a Shabbat meal by Israeli celebrity chef Eden Grinshpan. More than 40 events are planned during the festival in New York alone.

“Hebrew language and culture have been crucial parts of Jewish identity for centuries and our goal is to bring Jews together by reintroducing them to their Hebrew roots," said Rabbi Andrew Ergas, chair of the board of the Council for Hebrew Language and Culture in North America. "Teaching Hebrew to Americans of all backgrounds is a sure way to show concretely the vibrancy and humanity of Israeli life and culture."

The festival will take place until April 7. More information and the schedule of the festival can be found here.