How to live longer: Three daily habits to start today 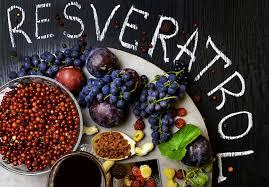 Longevity will always be determined by your simple daily habits, which will either help or hinder your ageing process. There is overwhelming evidence that behavioural habits influence one’s health and longevity. With this in mind, and according to experts, what are three daily habits you can start doing now to significantly help lower your risk of age-related diseases?

Sugar-rich diets have a negative impact on health independent of obesity. Researchers discovered that the shortened survival of fruit flies fed a sugar-rich diet were more prone to an early death. High sugar diets positively correlate with age-related diseases including diabetes and heart disease, so reducing sugar in the diet may delay ageing in humans by preventing metabolic diseases and improving general health.

Dr David Sinclair and author of Lifespan: Why We Age and Why We Don’t Have To advises on taking 1,000mg of Resveratrol which is an antioxidant found in red wine and certain foods. Resveratrol has been touted as a natural way to help slow the ageing process whilst fighting cancer, obesity, heart disease and diabetes.

Dr Sinclair and colleagues discovered in 2003 that resveratrol could increase cell survival and slow ageing in yeast (and later in mice) by activating a “longevity” gene known as SIRT1. Other health benefits from resveratrol include protecting against high blood pressure, heart disease, obesity and improved insulin sensitivity.

Although Dr Sinclair has said he aims to get most of his daily vitamins from his diets, he does take a few vitamin supplements as a part of his morning routine, one being vitamin D3. This vitamin is said to be able to extend lifespan as well as reduce the risk of various age-related diseases.

Studies have shown that vitamin D levels in the body are inversely related to the risk of death. According to a large review study, low vitamin D levels have been linked to all-cause, cardiovascular, cancer and infectious-related mortality.

According to a number of studies, low levels of vitamin D and health troubles such as cognitive decline, depression, osteoporosis, cardiovascular disease, hypertension, type 2 diabetes, and cancer. Preliminary research from a 20-year follow-up of more than 78,000 Austrian adults found that those with low vitamin D levels in their blood were nearly three times more likely to die during the study period than those with adequate levels.

The body creates vitamin D from direct sunlight on the skin when outdoors. But between October and early March we do not get enough vitamin D from sunlight.