How the history of the Holocaust is distorted 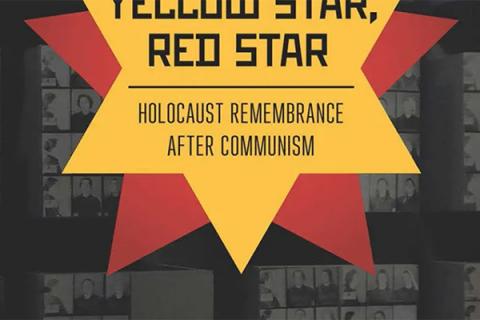 There are currently two dangerous phenomena which threaten Holocaust remembrance and education in many countries all over the world. The first is Holocaust denial, which needs no explanation, and already began in the course of World War II.

The second is that of Holocaust distortion, which does not deny that the Shoah took place, but seeks to alter its narrative for political reasons. It began after World War II in Communist countries, which purposely refused to accurately identify some of the perpetrators and the primary victims, and has become increasingly more dangerous with the fall of the Soviet Union.

The former is in large measure in remission in the Western world, having been effectively refuted by numerous scholars and defeated in very important court cases, especially that of David Irving, but is still a severe problem in the Arab and Muslim world. The latter, on the other hand, has for many years been for the most part ignored and allowed to flourish unhindered in post-Communist Eastern Europe.

It was only in wake of the controversy over the Polish Holocaust bill in 2018, that the issue received wide exposure, but almost exclusively regarding Poland and not about any of the other major offenders such as Lithuania, Ukraine, Croatia, Hungary, Latvia, Belarus, Romania and Estonia. And that is why this book is important and despite numerous historical mistakes and a few significant flaws, should be required reading for all Western government leaders, Foreign Ministry officials, and anyone interested in issues concerning  Holocaust commemoration and education.

After presenting a very detailed description of the historical, political and ideological roots of Holocaust distortion, which help explain its success since 1990, and the dangers it poses to European unity and the future of the European Union, Suboti, a professor of political science at Georgia State University at Atlanta, focuses on how this problem has developed in Serbia, Croatia and Lithuania.

My assumption is that her choice in this regard was based on her personal history and knowledge of the Balkans (based on her preface, she is of Serbian origin), but is somewhat problematic, since the extent to which Serbian Nazi collaborators participated in the mass murder of Jews was relatively minor, especially in comparison to the events in Lithuania and Croatia.

The Serbs, moreover, were the victims of a genocidal campaign launched against them by the Croatians, and hence the issue in Serbia is nowhere as prevalent and dangerous, as it is elsewhere in Eastern Europe. On the other hand, the fact that both Serbia and Croatia were part of former Yugoslavia offers an instructive opportunity for comparison.

In each country, Suboti offers a comprehensive description of the many ways in which the accepted Western (and Jewish) narrative of the Holocaust is being rewritten, and how the particular local history of World War II, the Holocaust and their aftermath have shaped the alternative version produced to replace the original.

In each case, she begins with a description of how the Soviet Union or the local Communist regime did their own manipulation of the history of the Holocaust. Thus, for example, in all three countries she deals with, the unique fate of the Jews, who were identified as a major ideological enemy of the Third Reich and were therefore singled out for total annihilation, was never acknowledged by the authorities, a fact which made it easier for the creation of different false narratives after the fall of Communism.

Once the transition to democracy in Eastern Europe was achieved, efforts began to offer an alternative narrative to the events from 1939-1990. In direct contrast to the accepted Western history of that period, the former Communist  countries presented a narrative in which Holocaust crimes shared equal billing with those of Communism, which they claimed were worthy of being categorized as genocide, even though that was not the case.

In several countries, among them Lithuania, denial that Communism was genocide became a criminal offense, punishable by imprisonment. In Croatia, names of schools, streets and public buildings named for Communist or partisan leaders were changed to those of prominent figures from the pre-Communist era, including persons associated with the notorious Ustasha regime of 1941-1945, which murdered hundreds of thousands of innocent Serbs, Jews, Roma, and anti-fascist Catholic Croats. In Lithuania, leaders of the post-World War II resistance against the Soviets have become national heroes, even in cases in which they actively participated in Holocaust crimes.

If that were indeed the case, the EU would long ago have taken strong measures against the new democracies, when in fact, none of the guilty parties has paid any price for distorting the history of the Holocaust. A second flaw is its failure to devote virtually any attention to the issue of the prosecution after independence of Eastern European Nazi war criminals, which is one of the most important aspects of how  seriously these countries are dealing with Holocaust-related issues.

Thus, for example, there is no mention whatsoever of the most important trial of a Holocaust perpetrator conducted in Eastern Europe, that of Jasenova commandant Dinko Saki, probably the most positive step taken by the Croatian government to date to preserve the memory of the Holocaust.

The numerous mistakes regarding Holocaust history also diminish the importance of this book. To list just a few. Hungary is not the most extreme case of Holocaust distortion in Eastern Europe. Lithuania, Ukraine and Croatia are far worse. Nor had 60,000 Jews already been murdered by  the Hungarians by 1942, that was the figure of fatalities prior to the mass deportations to Auschwitz in the spring of 1944. Lithuanian hopes for independence were not squashed a few months after the Nazi invasion of late June 1941, but rather after a few weeks, in early August 1941. The murder of 16,000, mostly Jewish men, by late August 1941, hardly represented “most Jews in the countryside,” where 100,000 Jews resided when the Nazis invaded.

The Lithuanian Ypatingas burys murder squad which carried out the Ponar killings were not the “white-banders.” Those were men who joined the makeshift vigilante squads formed as soon as the Soviets began to retreat, and were identified by white armbands, since they did not have uniforms.

The number of Jews living under the Nazi occupation was 220,000, not 165,000. The latter figure was the number of Jews in Lithuania in the mid-thirties, but 80,000 Jews living in Vilna and its environs came under Lithuanian jurisdiction in 1939, when the Soviets occupied eastern Poland and turned the area over to  the Lithuanians.

There is much to be learned from Yellow Star, Red Star, but it is a shame that the author was not more precise in the historical accounts on which she based her assertions.