How Denmark saved her Jews 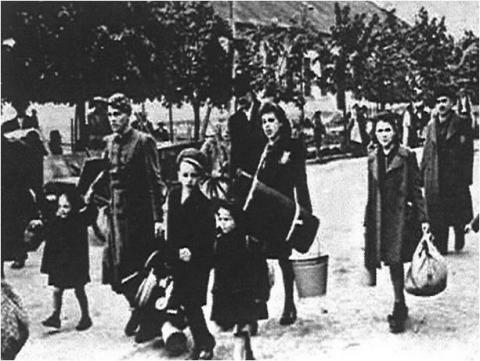 75 years ago, Hitler sent a message to his representative in Copenhagen instructing him to rid Denmark of its 8,000-strong Jewish community. “The Jewish Campaign” was scheduled to begin on Rosh Hashanah 5704 — 1 October 1943. Danish Jews would be rounded up, incarcerated and “deported to the East”.

Danish resistance to the German occupation had increased dramatically during the summer of 1943 as Danes perceived that the tide of war was turning. At the end of August, the Germans seized control from the civilian government and set the country on a new course — one that could have proved lethal for its Jewish community.

Since the Nazi invasion in April 1940, Denmark been regarded by Berlin as a model protectorate, inhabited by a fellow Germanic people. Indeed the German minority in Denmark, local national socialists and strongly anti-Communist nationalists had provided 12,000 volunteers — half were accepted — to form a Danish Legion to fight the Red Army on the eastern front, alongside Hitler’s forces.

The Danish social democratic government had meandered between appeasement of Nazi demands and refusal to obey them in order to safeguard its population. It refused to hand over the Jewish community, but it also broke off diplomatic relations with Britain and its allies. What were the limits of collaboration?

Werner Best, Hitler’s man in Copenhagen, was uneasy about the order to eliminate Denmark’s Jews. A true believer that “the Jews are our misfortune”, he had been known as “the bloodhound of Paris” during his time in France.

Yet he did not wish to upset the relative calm in Denmark. One of Best’s diplomats, the lapsed Nazi Georg Ferdinand Duckwitz, warned the Swedish government, Danish civil servants and the Jewish community about the impending round-up.

This set in motion a spontaneous reaction by Danish society to save its Jews — it was a mark of Danish honour to do so. Universities, the Supreme Court and even King Christian participated in a mass protest. On 3 October, a statement read in all Danish churches said “we shall, if occasion should arise, plainly acknowledge our obligation to obey God more than man.”

The action of ordinary Danish citizens saved the lives of over 7,000 Jews who were helped to escape to Sweden in boats of every shape and size. The operation cost some 12 million krone, paid in part by the Jews themselves.

Police were brought in from Berlin to round up the remaining Jews as the local Wehrmacht was reticent to become involved. 284 Jews were caught and transported to the Theresienstadt concentration camp in occupied Czechoslovakia.

Two transports were stopped and its 190 passengers similarly deported. Another 30 drowned in the Øresund strait, some committed suicide and 100 remained hidden — yet over 95 per cent of Denmark’s Jews were saved by this remarkable collective reaction.

Werner Best could legitimately claim to Berlin that Denmark was now judenrein — albeit not by extermination in the hell of Auschwitz, but through escape to neutral Sweden. 750 Jewish escapees then joined the Danish Brigade in Sweden, which returned to Copenhagen in 1945. 120 Danish Jews perished in Theresienstadt, but those who survived found their property cared for and intact when they returned.

Best was sentenced to death in September 1948. His sentence was commuted to 12 years and he was released early in August 1951. He died in the comfort of his bed in 1989. Duckwitz, meanwhile, became West German ambassador to Denmark in 1955 and was accorded the title of Righteous Among the Nations by Yad Vashem in 1971. He died two years later.

A memorial in Jerusalem’s Beit Hakerem area, Denmark Square, recalls this time when decency prevailed with an inscription on a plaque in the centre of the square. It reads: “Danish courage and Swedish generosity gave indelible proof of human values in times of barbarism. Israel and Jews everywhere will never forget.”

In 2018, this lesson from the past continues to provide meaning to those who struggle in the present.