Holocaust Is Fading From Memory 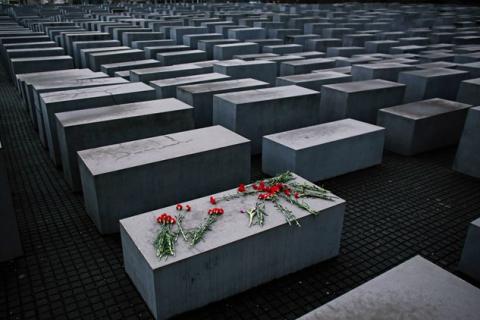 For seven decades, “never forget” has been a rallying cry of the Holocaust remembrance movement. But a survey released Thursday, on Holocaust Remembrance Day, found that many adults lack basic knowledge of what happened — and this lack of knowledge is more pronounced among millennials, whom the survey defined as people ages 18 to 34.

“As we get farther away from the actual events, 70-plus years now, it becomes less forefront of what people are talking about or thinking about or discussing or learning,” said Matthew Bronfman, a board member of the Conference on Jewish Material Claims Against Germany, which commissioned the study. “If we wait another generation before you start trying to take remedial action, I think we’re really going to be behind the eight ball.”

Despite the gaps in the respondents’ knowledge, the study found an overwhelming consensus — 93 percent — that all students should learn about the Holocaust at school. And Holocaust denial remains very rare in the United States, with 96 percent of respondents saying they believe the genocide happened.

“The issue is not that people deny the Holocaust; the issue is just that it’s receding from memory,” said Greg Schneider, the executive vice president of the Claims Conference, which negotiates restitution for Holocaust victims and their heirs. “People may not know the details themselves, but they still think it’s important. That is very heartening.”

The questions were developed by a committee that included officials from the Claims Conference, the United States Holocaust Memorial Museum and Yad Vashem, as well as a Holocaust survivor and a polling expert from George Washington University. (In a strange footnote, the head of Schoen Consulting, Doug Schoen, is in the news this week for arranging for President Trump to give a speech during a 2015 event in Ukraine.)

Worldwide, the estimated number of living Holocaust survivors has fallen to 400,000, according to the Claims Conference, many of them in their 80s and 90s. And Holocaust remembrance advocates and educators, who agree that no book, film or traditional exhibition can compare to the voice of a survivor, dread the day when none are left to tell their stories.

The United States Holocaust Memorial Museum in Washington collects comment cards from many visitors before they leave, and they underscore that “no educational experience that anyone has coming through here has as much of an impact as hearing from a survivor directly,” said Kristine Donly, interim director of the Levine Institute for Holocaust Education at the museum, who sat on the board that developed the survey.

And so, across the country and around the world, museums and memorials are looking for ways to tell the witnesses’ stories once the witnesses are gone. At the site of the Monument to Six Million Jewish Martyrs, the Philadelphia Holocaust Remembrance Foundation has been developing an interactive memorial plaza, scheduled to open in October. Visitors will use a new app that will, among other things, feature survivors’ recorded testimonies.

In one part of the plaza, train tracks that carried prisoners to the Treblinka death camp will be embedded in the pavement. When visitors step onto the tracks, the app, using geocaching technology, will pull up videos of Philadelphia residents “who were on those very trains that led to Treblinka,” said Eszter Kutas, the remembrance foundation’s acting director.

And at the Illinois Holocaust Museum and Education Center, near Chicago, visitors can speak with one of seven holograms of survivors — a project also tested at the Museum of Jewish Heritage in New York. Drawing on recorded testimony, the holograms can answer questions in real time.

Visitors to the Illinois museum’s Take a Stand Center first watch a five-minute film in which a survivor introduces him- or herself. In one, Fritzie Fritzshall describes being taken to a ghetto at gunpoint during Passover, and from there to Auschwitz. “I have so much more to tell you,” she says. “So please ask me questions.”

Then the hologram appears, “so real that our audience typically gasps when they see it,” said Susan L. Abrams, the museum’s chief executive. “It really was as effective as hearing from a live survivor, and that surprised us,” Ms. Abrams said. “When you sit in this theater and the lights dim, everything else melts away. Our visitors truly believe that they are having this conversation with a survivor. I don’t think even we realized just how powerful it would be.”