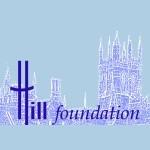 The Hill Foundation provides scholarships at Oxford University for young Russians of extremely high academic ability. It also collaborates with the UK Foreign and Commonwealth Office to provide further scholarships jointly with the Chevening Scholarship scheme. The mission of the Hill Foundation is to create a community of scholars and past scholars who share the values of Oxford and work for the betterment of Russian life and culture.
The Trustees look, among those who have been given places at Oxford, for young people who intend to develop their careers in the Russian Federation in ways that are beneficial to their home society, whether in business, public service, academic life or the arts. There is no restriction as to the field of study pursued by holders of Hill Scholarships. They may be held for one, two or three years, depending upon the length of the Oxford degree course to which the student has been admitted. Applications may also be received from citizens of the state of Israel who are of immediate (first generation) Russian descent.

The University of Oxford has its origins in the early years of the 12th century and the first of its colleges was founded in 1249 as a residence for scholars attending the lectures of the learned scholars who had begun to settle in the town for some decades. Today the University has 39 self-governing residential colleges which provide places for undergraduate and post-graduate students who reside in college for all or part of their time at Oxford. Most colleges are prepared to admit students in most of the subjects available for study at Oxford, but there are some colleges which specialise in specific areas.

Information about fields of study for postgraduate courses can be found at www.ox.ac.uk/admissions/postgraduate_courses/

The most famous scholarships held at Oxford are the Rhodes Scholarships established a century ago; the criteria of the Hill Scholarships mirror those adopted by the Rhodes Trust which emphasise, alongside scholastic attainments, a series of human qualities including truth and courage, sympathy for and protection of the weak, kindliness, unselfishness and fellowship. The letters of reference and recommendation for intending Hill Scholars should give evidence that the candidate shares these values and qualities.

The Hill Foundation Scholarship will cover the period of your selected course (subject to satisfactory performance) and will cover University and College fees and provide you with a maintenance grant (one third of which will be paid at the beginning of each of the three academic terms). The 2008/9 maintenance grant was set at £10,500.

Applicants for Hill Scholarships must be either:

There is no restriction as to the type of degree or subject studied. Most Hill Scholars come to Oxford to do research or study for a higher degree but the Trustees also encourage applications from graduates of Russian/Israeli Universities who would like to benefit from the experience of the Oxford tutorial system and take a ‘second first degree’ with senior status, which can be done in two years. This enables a student better scope also for experiencing Oxford college life to the full.