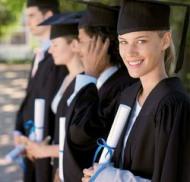 The higher education system in Israel was founded in the middle of the 1920’s when The Technion (1924) and the Hebrew University (1925) opened their doors. With the establishment of the State, the growth in population and the consequent economic and social development created a demand for higher education, as a result of which five new universities were founded during the 1950’s and 1960’s: Bar-Ilan University; Tel Aviv University, the University of Haifa, Ben Gurion University of the Negev; and the Weizmann Institute of Science.

In the mid 1970’s another stage of development began which introduced diversity into the system of higher education in Israel. The Open University began its activities which developed and spread educational opportunities to all parts of the country, and from the end of the 1970’s the process began of transforming teacher training seminaries into academic institutions of higher education.

In the 1990’s and in the present decade, the higher education system was enhanced when amendment No. 10 to the Council for Higher Education Law allowed for the opening of different kinds of academic colleges: general education colleges, technological colleges, and professional colleges (for different disciplines). This change was expressed, inter alia, in the establishment of a general and professional colleges which were not publicly financed institutions and which did not receive State or Government funding.

In 1948, with the birth of the State, there were about 1,600 students in institutions of higher education. At the end of the first decade of the State that number had grown to about 9,000 students. In the 1960’s the number of students increased at a faster rate (about 14% a year) and in 1970 more than 35,000 students were studying in the higher education system. The tempo also increased in the 1970‘s and in the 1979/80 academic year the number of students reached about 56,000. In the 1980’s the rate of growth slowed somewhat to only about a 2.5% per year and by the end of the decade in 1990 the student population in institutions of higher education stood at about 76,000 students.

Since the academic year of 1989/90 the activities of institutions of higher education have expanded in a very significant manner. The number of students, at all levels (B.A., M.A. and PhD) rose from about 76,000 in the 1989/90 academic year to about 206,000 in the academic year of 2004/05, of whom about 61% were studying in universities (including students in academic tracks sponsored by universities in regional colleges), about 28% in various colleges and about 11% in teacher training institutions.