Hebrew University ranks among top 200 universities in the world 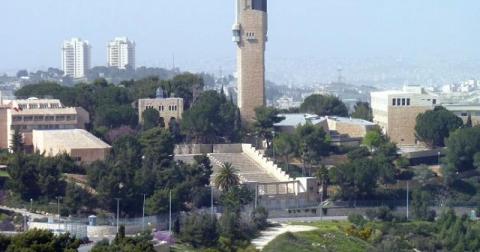 The Hebrew University of Jerusalem continues to rank among the world’s top 200 universities, according to the QS World University Rankings for 2022. However, four of Israel’s six ranked universities have fallen in rank over the last year, due largely to a decline in reputation, Quacquarelli Symonds (QS), a British company that specializes in the analysis of higher education institutions around the world, reported Tuesday.

Hebrew University ranked No. 198 in this year’s ranking, down from No. 177 last year. Bar-Ilan University was the only Israeli university to improve its ranking. It made the top 500 for the first time ever in the QS World University Rankings. It was ranked No. 477, having significantly improved its research impact and employer recognition over the last year.

The main reason for the downward trend was declining performance in QS’s Academic Reputation metric, which accounts for the sentiments of more than 130,000 academics regarding university quality and is the metric weighted most highly in the rankings, QS said in a press release. All six of Israel’s ranked universities have seen their relative performance in this metric fall over the last year.

They also have experienced drops in the International Student Ratio metric, though this is only weighted at 5% of the overall score, QS said.

“Though the overall picture for Israeli higher education is not a positive one this year, there are promising signs in the underlying data,” QS spokesman Jack Moran said. “For example, five of Israel’s universities have improved their employer-recognition scores over the last 10 months.

“As students become increasingly concerned about the relationship between higher education and employability outcomes, the evidence suggests that Israel’s universities are producing graduates who are enjoying rising respect among hiring managers. To stem the overall performance decline, it will be necessary to ensure that Israel’s universities increase their engagement with the global academic community.”

Mainland China had two of the world’s top 20 universities for the first time ever, after Peking University made the top 20.

The best university outside of the US and the UK was Switzerland’s ETH Zurich, at No. 8.