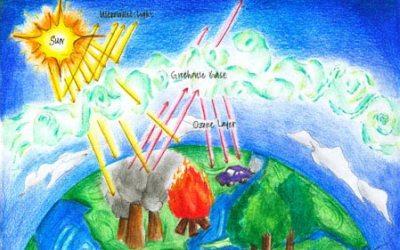 The world has already burnt more than half the maximum amount of fossil fuel that can be consumed if catastrophic levels of global warming are to be avoided, scientists have calculated. In a finding expected to be included in the most comprehensive report ever made into climate change, researchers also warn that we are on course to use up our entire global carbon allowance within 30 years.

Scientists estimate that if global warming is to have an above-average chance of remaining below the crucial 2C level – beyond which the consequences of climate change are expected to become increasingly devastating – the total amount of carbon burnt since the industrial revolution must not exceed one trillion tonnes. This is because CO2 can remain in the atmosphere for more than 200 years, giving the greenhouse gas a cumulative impact.

The scientists calculate that about 570bn tonnes, or 57 per cent, of the trillion tonnes has been burnt in the past three centuries.

However, the rapid economic growth in developing countries has put the world on course to burn the remaining 330bn tonnes at accelerating speed – by about 2040, unless drastic action to curb emissions is taken. Although the final numbers may differ slightly, they are among the key findings likely to be published next week in the most authoritative report ever conducted into climate science – the UN Intergovernmental Panel on Climate Change’s (IPCC) fifth assessment, known as AR5.

This section of the report will be strongly influenced by two papers co-authored by Professor Myles Allen, of the University of Oxford, who is also a lead author on the forthcoming IPCC report. He would not comment on next week’s report but his research – published in Nature and the Journal of Climate, in 2009 and 2013 – is known to form an integral part of the study.

The publication of the IPCC report on Friday will come five months after the concentration of carbon dioxide in the atmosphere breached the symbolically important level of 400 parts per million (ppm) for the first time in five million years after rising at its fastest rate since records began. Experts blamed most of the increase on rising emissions from China and India, which still rely heavily on coal for their energy, but said other factors could also be partially responsible, such as reduced absorption by forests and plants.

About 50bn tonnes of CO2 is emitted globally a year, with the average global citizen producing 7 tonnes of carbon dioxide, compared to about 10 tonnes in the UK. Scientists estimate global emissions need to come down to about 20bn tonnes a year if the world is to have a fair chance of limiting global warming to 2C. Professor Allen stressed that with so much still unknown about climate change, the findings in his research and, by extension, the IPPC report, deal in probabilities rather than certainties. However, the vast majority of scientists agree that the fundamental trends are clear.

Next week’s IPCC report is expected to make clear that scientists have never been more certain that humans are causing climate change. According to a sentence in a draft of the report, which could still change: “It is extremely likely that human influence on climate caused more than half of the observed increase in global average surface temperature from 1951 to 2010.”