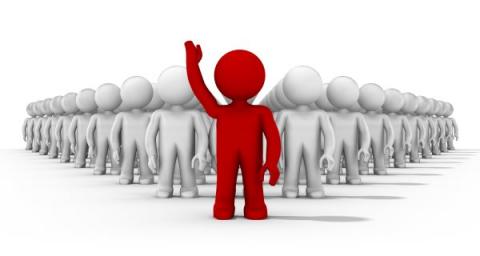 Two hundred years have passed since the battle of Waterloo, where Napoleon’s calamitous defeat made such a huge dent in his country’s self-image that General Charles de Gaulle, in his history of the French army, simply omitted it. Nonetheless, Napoleon, like de Gaulle, would both easily make it onto any list of history’s great leaders – assuming, of course, that one considers “greatness” to be an individual trait.

Marx and Tolstoy would say that there is no such thing as a “great leader.” For Marx, the class struggle in France created the circumstances in which a “grotesque mediocrity” – that is, Napoleon – was morphed into a hero. As far as Tolstoy was concerned, Napoleon was not a particularly good general, and was carried to victory by the courage and commitment of all of the individual French soldiers who won the Battle of Borodino.

Whether or not Napoleon was great, the question remains whether any leader could merit that description. And if so, who? There seem to be two particularly important criteria for great leadership, both noted by the political philosopher Isaiah Berlin. First, does the leader recognize which way the winds of history are blowing? Otto von Bismarck did, as did his fellow German Konrad Adenauer; both, in Bismarck’s memorable phrase, could hear “the rustle of God’s cloak.”

Second, does a leader have important choices to make? Of course, if decisions are forced upon a leader, he or she cannot really be credited with (or blamed for) them. So the key is that the leader has the opportunity to consider alternatives, and choose the right one for his or her country.

This is why de Gaulle is almost certain to be on any list of great leaders. Almost single-handedly, he rescued France from the relegation zone after World War II. After returning to power in 1958, he rescued his country a second time, putting down two attempted coups, ending the war in Algeria, and inspiring the Fifth Republic’s constitution.

Much like British Prime Minister Winston Churchill, de Gaulle gave the French a new worldview that established their place in the post-war global order. In fact, the worldviews that de Gaulle and Churchill established for their countries turned out to be a little too influential. Their successors continued to perceive the world – and their countries’ role in it – in ways that constrained rational discussion and distorted decision-making for years. As a result, no subsequent leader of either country has matched them.

But there is one other British prime minister who may come close: Margaret Thatcher, a highly contentious figure, who was loved by some and loathed by others. Even her resignation, 25 years ago this year, was spurred by a mutiny in her own cabinet and party. But one does not need to be universally liked – or even likable – to be a great leader. And the fact is that not even Thatcher’s detractors can deny her impact.

Beyond being the first woman prime minister in Britain, and among the first anywhere, Thatcher helped to reverse Britain’s economic decline. Her assault on excessively powerful trade unions, moreover, made Britain governable, at a time when the country seemed to be slipping into drift and disorder. Given this, she is certainly a candidate for “great leader” status.

Similarly, China’s Deng Xiaoping may qualify as a great leader, despite having a record that is far from squeaky clean. Beyond undertaking dark deeds as one of Mao’s lieutenants, Deng played a decisive role in ordering the massacre in Tiananmen Square in 1989. But Deng also unleashed the market, setting the country on the path toward unprecedented growth and prosperity that ultimately lifted hundreds of millions of Chinese out of poverty.

Many would regard Lee Kuan Yew, Singapore’s founder and longtime prime minister, as great, though he probably would have welcomed the opportunity to test his mettle in a larger arena. And, in fact, it seems that size does affect one’s ability to secure great-leader status. I mean no insult to the House of Luxembourg when I say that it is unlikely that a great leader will emerge from that tiny country, especially given its generally uncontentious politics.

The United States is certainly big enough to produce great leaders. And some presidents have indeed done great things. Harry Truman and Dwight Eisenhower – no intellectual giants, to be sure – showed excellent judgment as they established the post-war international order that has supported peace in much of the world for decades. Others, including Ronald Reagan and Bill Clinton, have had great gifts – say, the ability to inspire or a talent for persuasion.

John F. Kennedy was a little of both. He did one great thing: resolving the Cuban Missile Crisis. And his gift for motivating people was unmatched; indeed, it outlasted him, with his assassination cementing a powerful legacy.

In Africa, there has been no great figure since the death of South African President Nelson Mandela, who combined courage, authority, and magnanimity in graceful abundance. In fact, he is among the most charismatic and charming leaders I have met; the other two – former United Nations Secretary-General Kofi Annan and former US Secretary of State Colin Powell – also are either African or African-American.

And what of today? The only contemporary European who can lay claim to the mantle of greatness is German Chancellor Angela Merkel, the European Union’s de facto leader. Like former Chancellor Helmut Kohl, she tends to be underestimated at first, but gets the big decisions right. Kohl delivered generous terms for German reunification; Merkel has stood up to Russian President Vladimir Putin on his interventionism in Ukraine, and she has taken a generous approach to the migration crisis.

Marx and Tolstoy were, I believe, wrong. Political leadership – and the men and women who exercise it – can make a real difference, for better or worse. Merkel is today’s leading example of that, as she provides the direction Europe needs to tackle the challenging existential crisis that it faces.