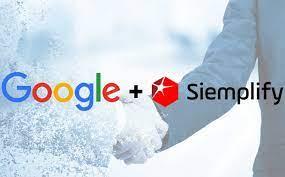 Google has acquired another Israeli company, threat detection firm Siemplify, for a reported $500 million, nine years after its $1 billion purchase of navigation app Waze. The purchase will mark Google’s fourth acquisition of an Israeli company and its first in the cybersecurity industry outside the US.

Last summer, Google committed to investing $10 billion in cybersecurity over the next five years to “strengthen cybersecurity, including expanding zero-trust programs, helping secure the software supply chain, and enhancing open-source security” and to train 100,000 Americans in fields like IT support and data analytics.

Governments and businesses are at a “watershed moment,” in addressing cybersecurity, Kent Walker, SVP of global affairs at Google, said in August, as “cyber attacks are increasingly endangering valuable data and critical infrastructure.”

Siemplify was founded in 2015 by entrepreneurs Amos Stern, CEO, Alon Cohen, CTO, and Garry Fatakhov, COO, with offices in Tel Aviv and headquarters in New York. According to CTech by Calcalist, Stern was previously “in the IDF’s Intelligence Corps where he headed a cyber unit before moving on to work for Elbit Systems, where he met his co-founders.”

Siemplify says it offers a “holistic security operations platform” that allows security analysts at enterprises and organizations to “work smarter and respond faster” to threats. The company developed a security orchestration, automation and response (SOAR) system that helps security analysts automate certain tasks, “integrate security tools to respond to cyber threats with speed and precision, while getting smarter with every analyst interaction.”

SOAR is set to be unified with Google’s cloud cybersecurity service Chronicle (which grew out of X, Alphabet’s “moonshot factory” incubator). In his own post on Tuesday, Stern said he and his co-founders knew from their “experience building and training security operations centers from around the world,” that security analysts in large enterprises and organizations need more tools to face threats.

“Organizations are facing an unprecedented volume of cybersecurity threats — all as the shortage of skilled personnel to address these threats remains at an all-time high. There is a need and opportunity to grow our business to meet these challenges,” he went on. Stern wrote that, with Google’s expertise and resources, the unit can “drive innovation and help many more security teams take their operations to a whole new level.”

Potti said: “In a time when cyberattacks are rapidly growing in both frequency and sophistication, there’s never been a better time to bring these two companies together.” “We both share the belief that security analysts need to be able to solve more incidents with greater complexity while requiring less effort and less specialized knowledge. With Siemplify, we will change the rules on how organizations hunt, detect, and respond to threats,” he added.