Global Warming Is Unparalleled in the Past 2,000 Years 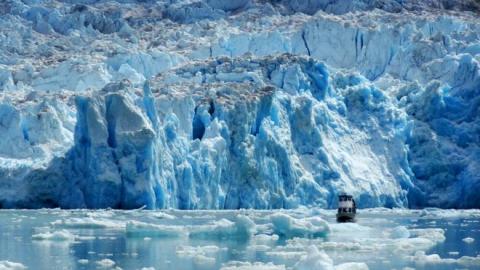 Skeptics of human-caused climate change have often relied on a favorite argument involving the planet’s natural climate cycles. Earth experienced plenty of natural warming and cooling phases long before humans ever began pumping greenhouse gases into the atmosphere, they’ve suggested—so the present-day warming isn’t necessarily dangerous or even that unusual.

Scientists have debunked this argument over and over again. Studies demonstrate that carbon dioxide concentrations are currently higher than they’ve been at any point in human history, global temperatures are rising at unprecedented rates, and warming is poised to surpass anything the planet has experienced in millions of years.

Now, scientists have discovered that it’s not just the temperatures themselves that are so unusual. That they’re rising all over the world is also unique in at least the past 2,000 years.

A groundbreaking study led by Raphael Neukom of the University of Bern investigated the scope of natural warming and cooling events experienced by the planet since the start of the Common Era two millennia ago. These include the famous Little Ice Age between the years 1300 and 1850 CE; the Medieval Warm Period between about 800 and 1200 CE; the Late Antique Little Ice Age between 400 and 800 CE; and the Roman Warm Period in the first 400 years of the Common Era. The paper was published yesterday in Nature.

These periods were first identified in specific regions of the world. The Little Ice Age, for instance, was originally used to describe a pattern of expanding glaciers in parts of the western United States and the European alps. Gradually, though, they’ve come to describe the hypothesis that these periods weren’t just limited to narrow geographic locations but may have actually occurred uniformly on a global scale.

But the new study finds that this wasn’t actually the case.

Using a database of ancient climate records drawn from all over the world, from ancient tree rings to fossilized corals to long-frozen ice cores drawn from the hearts of glaciers, the researchers determined that the Earth’s previous warm and cold periods were actually mainly regional events. In other words, the entire globe didn’t cool down or heat up at the same rate or at the same time. Different regions changed at their own pace.

There’s just one exception: today’s climate change. The warming that’s been occurring since the industrial era is a global phenomenon, affecting the entire Earth at once in a way that previous warming and cooling periods didn’t.

It’s a finding that “stands in stark contrast” to previous periods of natural climate change, according to study co-author Nathan Steiger, who announced the findings at a teleconference Monday. “There’s this globally warm period that is very different than what we see in the past,” he said. “And that coherence cannot be explained by the natural variability of the climate system.”

The paper would seem to suggest that the cause, instead, must be related to another forcing—namely, the human emissions of greenhouse gases into the atmosphere. Meanwhile, a second paper, appearing this week in Nature Geoscience, has also underscored the unprecedented nature of present-day global warming.

Published jointly by the PAGES 2K consortium, an international research group that works on reconstructing the Earth’s climate over the past 2,000 years, the study examines global average temperatures throughout the Common Era. It’s a different, more zoomed-out way of looking at the planet’s climate than the regionally focused study in Nature.

Using a combination of ancient climate records and model simulations, the study finds that variations in solar radiation have had very little to do with global temperatures, debunking another argument by those who reject climate science. Instead, changes in global average temperatures through the preindustrial years have been largely driven by volcanic activity.

Major volcanic eruptions can cause temporary cooling events—as the first paper demonstrates, these cooling events may differ from place to place, but the effects overall do tend to be strong enough to make a dent in global average temperatures. (Think of it like a class’s grade point average in school: Students are likely to earn a wide range of scores on a test. If enough students fail the test, the entire class’s average grade will go down.)

After enough time has passed and the planet begins to recover from these volcanic events, global average temperatures might begin to rise again. Now fast-forward to the most recent warming period—today’s. The second paper finds that the patterns become unusual. The greatest warming trends in 2,000 years have occurred since the second half of the 20th century, a finding the authors say underlines “the unusual character of the warming in recent decades.”

Taken together, the two papers indicate that present-day warming is both more severe and more globally unified than any period of climate change that’s occurred in at least two millennia. “The familiar maxim that the climate is always changing is certainly true,” noted geographer Scott St. George of the University of Minnesota in a commentary on the new research, also published in Nature. “But even when we push our perspective back to the earliest days of the Roman Empire, we cannot discern any event that is remotely equivalent—either in degree or extent—to the warming over the past few decades.”