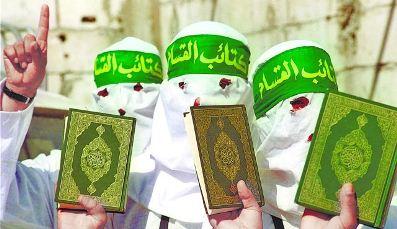 In portraying the nature of the Hamas movement, Gaza correspondent Shlomi Eldar demonstrates just how little the Israeli intelligence community seems to know about its own ignorance of the subject.

“Hamas offers two alternatives: 1. A separate track, dealing only with the release of Gilad Shalit in return for 1,000 Palestinian political prisoners. 2. A release of prisoners will take place in the broader context of a strategic approach ‏(as follows‏), and the number of prisoners released will not be in the hundreds.”

That is an excerpt from an extraordinary document its authors called “Hamas and Israel: Peaceful Coexistence.” Its publication for the first time, in the fascinating book “Getting to Know Hamas” by Shlomi Eldar, the Gaza-affairs correspondent for Channel 10 News, is more than a journalistic coup. According to Eldar, the document − composed by Khaled Meshal, the political chief of Hamas, after Shalit was seized by Palestinian militants in a 2006 cross-border raid, and sent by messenger to then-Prime Minister Ehud Olmert − represents the first demonstration of strategic thinking on the part of Hamas: thinking that Israel does not recognize and does not want to get to know.

The document does not mention recognition of Israel or a peace agreement per se. It does, however, stipulate not only a cease-fire ‏(“tahadiyeh” in Arabic, which literally means “lull” but has come to mean a “temporary truce”‏), but also cooperation on the civilian front, such as the opening of border crossings and a renewal by Israel of tax-money transfer to the Palestinians.

The coexistence document represents the high point of repeated attempts by Meshal to build a system of practical cooperation with Israel, an effort that began after Hamas was swept into power in general elections held at the beginning of 2006. Such attempts are confirmed in the book, both in documents cited by Eldar and in descriptions of talks Eldar had with Hamas leaders. And it is here that the profound importance of the book lies. Along with a series of tactical and strategic decisions made by Hamas during this period, Eldar acquaints us not only with that organization but also with Israel’s ideological, strategic outlook in its struggle against it.

Eldar does not fall into the common trap of portraying the official Hamas creed, which is likely to discourage anyone trying to conduct a political dialogue with it, as the ideological principles that actually guide the organization on a day-to-day basis. Eye-opening and important analyses of Hamas ideology have already been made by political scientists Shaul Mishal and Avraham Sela in their 2000 book, “The Palestinian Hamas: Vision, Violence, and Coexistence,” which portrays the inevitable mixture of ideology and political constraints with which the movement has to contend in order to survive and rule.

Eldar’s highly readable book, which may be read as a sequel to his 2005 “Eyeless in Gaza” ‏(in Hebrew‏), illuminates the group from the point of view of what it does, breaking down the concept of Hamas, which has become a synonym for Islamic terror in general and Palestinian terror in particular, into its component parts.

Like any other movement, whether military, political or both, Hamas is not exempt from internal power struggles. Eldar describes the decision-making process that took place before the Shalit kidnapping, making it clear the Hamas leadership in Damascus did not know about the plan to carry it out. It is doubtful whether the leadership of the Hamas organization in Gaza knew about it either, especially since Damascus was waiting for a response to the peaceful cooperation document that it had transmitted to Israel months before, and amended after the kidnapping.

The Shalit kidnapping was a premeditated action carried out by the Hamas military wing, led by Ahmed Jabari; the Popular Resistance Committee, headed by the Abu Samhadana family; and the Army of Islam, led by the Dormush family. Eldar describes it as an independent operation carried out despite the Hamas political leadership’s opposition. This and other eye-opening examples offer proof that the organization is rife with divisions.

The bloody war Hamas conducted in Gaza in 2008, two years after Shalit was seized, against the Army of Islam, and its pressure on the Popular Resistance Committee, offer additional proof of the nature of its struggle for exclusive control of Gaza, even as Israel continues to view all these organizations as one united front led by Hamas. Divisions continue to characterize the militant groups in Gaza today with regard to applying the reconciliation agreement between Hamas and Fatah achieved in February of this year, a year after the fall of Egyptian President Hosni Mubarak.

In this context, it is worth mentioning the upheaval sparked by Khaled Meshal himself; in the wake of the reconciliation agreement he announced that another chance should be given to negotiations between Israel and the Palestinian Authority. His statement contradicted the stance of Hamas leaders in Gaza, in particular that of Mahmoud Zahar, who viewed it as a betrayal of the resistance movement and spread the word that Meshal’s days as political chief were numbered.

Such divisions usually create extreme factionalism, for example as occurred within the Muslim Brotherhood in Egypt. In the case of Hamas, however, they have had a formative influence, the kind that tends to characterize governments of the more orderly variety rather than organizations that are just starting out. And these divisions also offer an opportunity for Israel to conduct negotiations with other organizations, or the more pragmatic elements within them, even though no one sought these opportunities.

Shlomi Eldar knows how to tell a story, and he is good at characterizing Hamas leaders known to Israelis mainly as terrorist kingpins. He is a welcome guest at the home of Ismail Haniyeh, speaks to Mahmoud Zahar and even managed to extract a few sentences straight from Meshal when they both visited Moscow. More than a profile of Hamas, the book offers lessons in managing such a movement and in the ignorance within Israel, even among the intelligence community, about the so-called enemy.

This lack of understanding may be rooted in Israel’s acceptance of Hamas activities before the first intifada broke out in 1987, when Israel believed that it was worthwhile to let a religious and social movement compete with Fatah, as a way of neutralizing the influence of then-Fatah leader Yasser Arafat in the occupied territories. The first intifada, and even more so the second one, made clear to Israel that the double front it had hoped to create between Hamas and Fatah and between Israel and Fatah was to all intents and purposes a single and more violent front, a consequence laid out in the 2004 book “The Seventh War: How We Won and Why We Lost the War with the Palestinians” ‏(in Hebrew‏), by Haaretz reporters Avi Issacharoff and Amos Harel.

Israel appears to have failed colossally in recognizing and comprehending the mood in the territories before the elections there in 2006, believing that Fatah would win. Both Israel and Fatah figured that Hamas would be forced to recognize Fatah’s leadership after losing at the polls. These predictions blew up in Israel’s face. Hamas won an overwhelming victory and Israel, in an automatic and destructive response, refused to officially recognize the government that was formed, despite the feelers sent out by Hamas regarding cooperation with Israel, at least on the civilian level if not the governmental one.

Two years after Hamas’ murderous takeover of Gaza in June 2007, Qassam rockets were still being fired on Israeli towns, even though in the intervening period the Israel Defense Forces assassinated top Hamas leaders like Sheikh Ahmed Yassin, Abdel Aziz Rantisi and Said Siam, and despite the inhumane blockade of Gaza and the restrictions on the amount and kind of food that Israel allowed Gazans to receive.

The Israeli ideology that rejects any negotiation with Hamas ‏(except for a dialogue meant to lead to a cease-fire or the release of prisoners‏) was still in force.

Then Israel planned the mother of all military campaigns − Operation Cast Lead, Israel’s incursion into Gaza in the winter of 2008-2009. According to Eldar, when Defense Minister Ehud Barak, who he writes favored “an air strike such as Hamas has never seen before,” and Prime Minister Ehud Olmert, who wanted to wipe out the entire Hamas leadership, were discussing the possibility of an incursion, Olmert wondered, “What will happen if Hamas does not ask for a cease-fire after the air strike?” “Let’s wait and see,” Barak answered.

“Will Hamas fall?” government ministers asked at a cabinet meeting on December 24, 2008. “They will beg us to stop,” Eldar says Barak promised them.
And so Cast Lead began, with the government using the rocket fire as an excuse, at a time when the future of the Labor Party was in question after Amir Peretz’s weak term as defense minister and talk of a slew of criminal lawsuits swirled around the prime minister. Did domestic Israeli politics determine the timing of the military operation that degraded Israel’s status around the world, contributed to a diplomatic crisis between Israel and Turkey, and achieved only a partial and temporary cease-fire? Eldar doesn’t leave any room to doubt that the answer is yes.

Operation Cast Lead has been examined from every possible angle, but the question of whether assassinating Hamas leaders ‏(who are described in Israel as part of the “infrastructure of terror”‏) has not been analyzed to the extent it deserves. The illusion that a movement structured like Hamas is running a mini-government that depends on only a handful of people, without whom it would not exist, is at the heart of the deceit nurtured by Israel. This assassination strategy has turned into an ideology, and it is passed down like a legacy from one government to another.

The clear language and colorful descriptions of “Getting to Know Hamas” only make Eldar’s book a more powerful indictment, one that should have a place at the center of the Israeli public sphere.